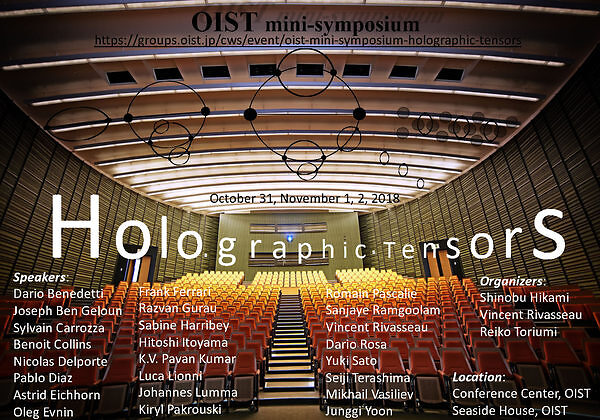 The aim of this mini-symposium is to provide an opportunity for discussion of recent discovered tensor field theory. It has been known that matrix model can describe interesting physical phenomena including gravity, gauge fields, but it is difficult to solve. Recent development of newly proposed tensor model can provide explicit solutions for interesting phenomena including black hole and gravity and so called SYK model. In this symposium, we gather researchers of related fields, and make intense discussions.