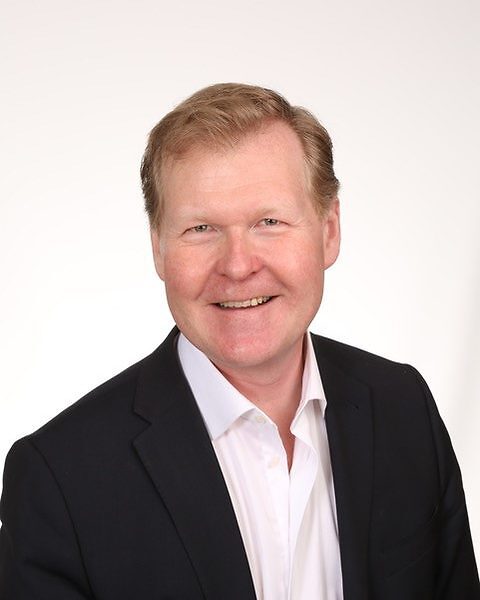 Through laboratory experiments, we examine the evolution of a plume descending vertically either through a two-layer fluid or within a uniformly stratified fluid whose density increases linearly with depth.   The main goal is to determine where the plume eventually spreads laterally at its neutral buoyancy level and to characterize the advance of this spreading intrusion.   In a uniformly stratified fluid, the plume spreads at a height determined by the buoyancy and momentum fluxes at the source and by the stratification expressed through the buoyancy frequency.   In retrospect it is remarkable that spreading occurs about a specific height considering that the plume itself has a range of densities across its horizontal extent at any particular height.   In contrast, a plume passing through a two-layer fluid can penetrate through the interface, spread at the interface or it can split such that some fluid spreads while the remainder descends to the bottom of the tank.   Scaling theories are used to characterize the time for splitting and spreading as they depend upon the relative buoyancy of the plume and ambient fluid as well as upon the background rotation rate.

His research combines theory, numerical simulations and laboratory experiments to examine phenomena occurring in stratified fluid.   Main topics include interfacial and vertically propagating internal waves and the evolution of gravity currents and plumes in stratified fluids.

In addition to journal publications, Bruce is author of the textbook “Internal Gravity Waves”.  He was awarded the Killam Annual Professorship (2010) and was a Gledden Visiting Senior Fellow (University of Western Australia, 2012) and a Churchill College Overseas Fellow (University of Cambridge, 2012).  He presently serves as Director of the Institute for Geophysical Research at the University of Alberta and is an Associate Editor of Physical Review Fluids as well as a member of the Editorial Board of the Annual Review of Fluid Mechanics.