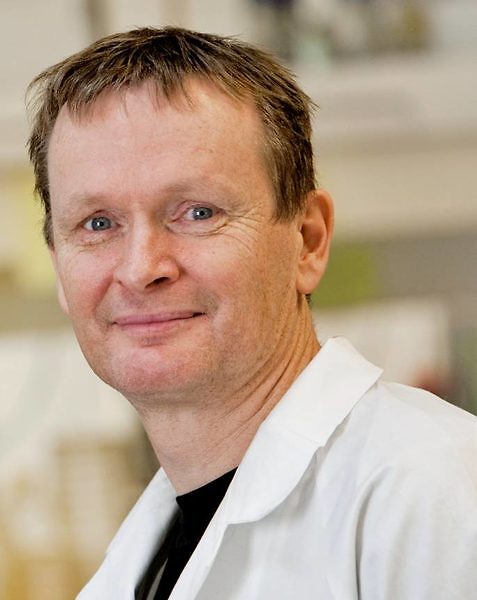 The dynamics of epitranscriptomic marks, her N6-methyladenosine (m6A) and N1-methyladenosine (m1A) in RNA, were identified very recently. Early studies on m6A modifications in mRNA of various model organisms have identified crucial roles of this mark in meiosis and for fertility. The reversible nature of this modification points towards important regulatory roles. While the modification itself seems to act as a canonical Adenosine, specific reader proteins that bind m6A translate m6A containing mRNAs into gene activities by modulating e.g. their stability and translation. Recent studies identified crucial roles for some of these reader proteins, including YTHDF1 and YTHDF2, in brain development and behavior. At present, we design reporter models for in depth analysis of m6A reader proteins in meiosis, with a particular focus on the maternal-to-zygotic-transition (MZT), and early brain development.

We also work on characterizing the more mysterious role of the dynamic RNA mark m1A that also seem to affect fertility and neuronal morphology.

I was fortunate to do my PhD and post-doctoral training with Erling Seeberg (UiO and OUS, Oslo) and Nobel prize laureate 2015 Tomas Lindahl (Clare Hall laboratories, London), two pioneers in the discovery of fundamental processes for the repair and biochemistry of DNA damage. During these years, we focused on the mechanistic insight in the repair of alkylated, deaminated and oxidized bases in DNA and to develop biological systems to assess their endogenous levels, stability and mutagenicity (EMBO J 1992, 1996, 1997, Mol Cell 1999, PNAS 1999). Throughout my independent career I have continued to focus on the role of novel modifications in DNA and RNA and to identify genes required for their dynamic regulation. Yet, our focus has been adapted to regulatory modifications and to unravel the biological function of their readers and erasers (EMBO 2006, 2007, Mol Cell 2013, Nat Comm 2011, 2013, 2016, Nature 2007, PLoS Gen 2010, Genes & Dev 2015). In 2015 we contributed to the identification of one more reversible modification in RNA (Cell 2016, Chuan He, Chicago is the main creator of this study). In a successful collaborative study with Bing Ren at Ludwig Institute for Cancer Research, UCSD, we completed a comprehensive study to gain insight into the maternal-to-zygotic (MTZ) transition and demonstrate a role for broad H3K4me3 domains (Nature 2016). In future studies we aim to address the role of the dynamic epitranscriptome in the MTZ transition and to use this knowledge to understand cancerous growth.

I consider my most important breakthroughs to be the characterization of the core base excision repair machinery for methylated, deaminated and oxidized bases in mammalian DNA (published in three papers with Nobel laureate Tomas Lindahl, each cited more than 500 times) and the more recent discovery of reversible modifications in RNA (Editors choice in Science and cited 278 times since it was published in 2013). Reversible modifications in RNA are an entirely new field of research with an immense impact. Our most momentous present study includes the identification of dynamic epigenetic modifications regulating zygotic genome activation (ZGA) during maternal-to-zygotic transition (MZT), in collaboration with Bing Ren’s lab at UCSD (Nature 2016).This last study is followed up by evolutionally studies in model organisms as well as in humans (Approved by the National Ethical Committee).