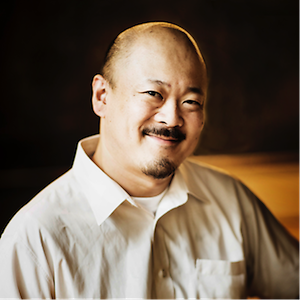 Although the present translation system has high fidelity and 20 standard amino acids alphabet, early life had a genetic code with low fidelity and smaller number of amino acids. What would have been the outcome of protein evolution at early stages of life?  For directed evolution with such codes, we have constructed artificial genetic codes with a reduced alphabet and codes with low fidelity. Furthermore, modification of fundamental system of life provides novel tool of engineering, as well as new insights for life.

One of our codes will allow evolution of proteins without a sulfur atom, whose oxidization often decrease protein activity.  In our in vitro codes, ATG and UGC/U codons correspond to Ala and Ser, respectively.  Such a code produces proteins without sulfur from any mRNA sequence.  In contrast, the standard code can produce a revertant protein in which a mutation in DNA sequence provides a sulfur containing amino acid even after replacement of such Met and/or Cys residues to prevent oxidization.  Similarly, another code assigns Ala to AAA/AAG codons to obtain a protein having only one amino group at N-terminus.  The amino groups of the terminus and Lys introduced at any site of a Lys-deficient interferon variant are site-specific modification targets by conventional NHS-PEG.

We have also created genetic codes with adjustable low fidelity by engineering of cell-free translation. Fidelity in our code was decreased by the addition of tRNASer variants with anticodon replacements corresponding to Thr codons. By a dose-dependent manner of tRNA variants addition, GFP lost its fluorescence despite no change in amount of protein production. We created other misincorporations easily, because of SerRS and AlaRS accept anticodon replacements in their tRNA.  Adjustable misincorporation by our low fidelity codes, intriguingly, can accelerate directed evolution by smoothing protein fitness landscape on DNA sequence space.  In analysis of 8 GFP variants which covers all of the combination of 3 mutations for increased thermostability, such smoothing effect by our low fidelity code diminished local optimum points and thus expanded the number of evolutional pathways to the global optimum among the GFP variants.

Prof. Kiga is currently a professor at the Department of Electrical Engineering and Bioscience of Waseda University since 2016, Japan. Before joining the Waseda University, he was an associate professor the Department of Computational Intelligence and Systems science of Tokyo Tech. At Tokyo tech, he coached iGEM teams who got Track awards three years in a row.  He completed his Ph.D. in the Yokoyama Lab at Department of Biophysics and Biochemistry at the University of Tokyo. He has focused on the synthetic biology of genetic code and artificial genetic circuit in microorganisms. His research group is highly interested in Biology-by-Design. By model-base combination of macromolecules, He has implemented artificial genetic circuits to understand design principle of living systems. Also, he has shown that the number of amino acids in a genetic code can be increased or decreased.  In other words, Magic 20 is not defined by its physicochemical properties. In FY2015, he has been awarded the Japan Society for the Promotion of Science (JSPS) PRIZE, titled "Construction of Artificial Life System by Synthetic Biology".