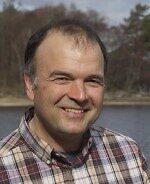 The Wnt pathway is a conserved cell-to-cell signalling mechanism, which is important for embryonic development, stem cell-mediated regeneration and diseases, such as cancer. We study how the same Wnt pathway is used repeatedly in different cellular contexts to instruct different and specific cellular responses.

We use early Xenopus embryos as a model to investigate the molecular mechanisms of tissue- and stage-specific Wnt signalling. We use a high-throughput sequencing approach combining RNA-seq and ChIP-seq to identify tissue-specific direct Wnt target genes. The findings from our whole-genome analysis challenge the existing paradigm about Wnt target gene regulation.