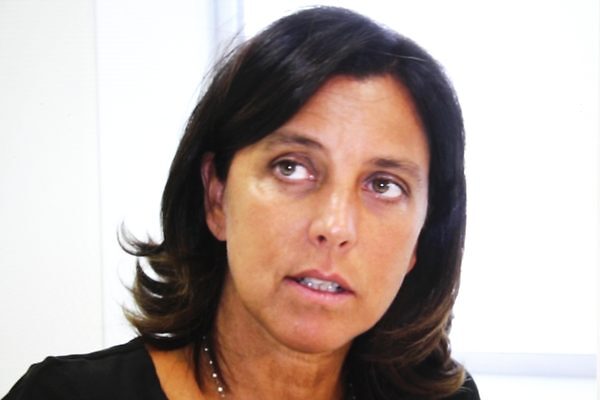 Since the discovery of Channelrhodopsin and the first demonstration of photo-evoked action potentials in mammalian cells, optogenetics is progressively revolutionizing neuroscience research, opening perspectives both in fundamental and in medical research still unimaginable until few years ago.

Joint progress in light delivering approaches, multi-photon laser sources development, and opsins engineering has now brought the field of optogenetics into a new phase that we can name “circuit optogenetics”, where neural circuits distributed between different brain areas can be optically interrogated and controlled with millisecond temporal precision and single-cell resolution. Here, we review the main achievements in each of this field and anticipate the future needs that will make it possible to enlarge even more the use of optogenetics for brain circuits manipulation.

Dr. Valentina Emiliani is a CNRS Research Director at the Vision Institute in Paris where she leads the Photonics Department and the ‘Wave front engineering microscopy’ group. After her PhD in Physics (University La Sapienza, Rome) she worked as a post doc at the Max Born Institute (Berlin) to investigate carrier transport in quantum wire by low temperature scanning near field optical microscopy. Later on, she worked at the European Laboratory for Nonlinear Spectroscopy to lead the research group: ‘High resolution microscopy’, focused on the investigation of light propagation in disordered structure by near field microscopy. In 2002 she moved to Paris at the Institute Jacques Monod and in 2005 she was awarded with the European Young Investigator grant to form the “Wave front engineering microscopy” group at Paris Descartes University. In 2019 she moved the group at the vision Institute in Paris. In 2015 she has been awarded with the Prix “Coups d’élan pour la recherche française” from the Bettencourt-Shueller foundation and in 2017 she has been awarded with the Axa chair “Investigation of visual circuits by optical wave front shaping “.

Dr. Valentina Emiliani has pioneered the use of wave-front engineering for neuroscience. In particular, with the ‘Wave front engineering microscopy” group she demonstrated a number of new optical methods for efficient photoactivation of caged compounds and optogenetics molecules, techniques based on computer generated holography, generalized phase contrast and temporal focusing. Most of these systems are currently the only existing worldwide. Her current interest is to use holographic wave front shaping and optogenetics for the investigation of the mechanisms regulating functional connectivity and signal processing across the main visual pathways (retina, lateral geniculate nucleus, primary visual cortex).