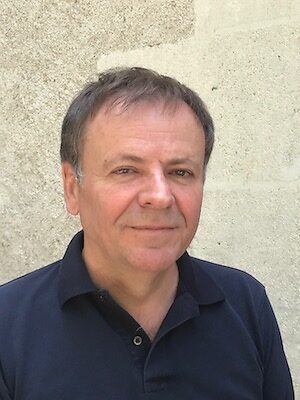 Genome organization can be rather stable over a few hundred million years. In tunicates, the sister group of vertebrates, evolution has accelerated and we have found in the larvacean class profoundly remodelled genomes. Strikingly, genes encoding players of a major DNA repair pathway (NHEJ) were not found in any larvacean genome. In one family of larvaceans, most introns were gained from transposons and show highly divergent and highly diverse splice sites. Experiments carried out to elucidate how larvaceans repair double strand breaks and how their non-canonical introns are spliced out, show the involvement of alternative cellular processes in larvacean genome evolution. Future work should investigate whether these processes use molecular mechanisms that operate in other eukaryotic groups but at low frequency or new mechanisms that were invented in the larvacean lineage.

I worked 15 years at the French National Institute for Agriculture Research on the genetics of salmonid fish, and established several methods of genetic manipulation that had an impact on fish breeding. During the last 5 years of this French period, I built a team working on the development of the CNS using the model fish medaka. This team was transferred to the CNRS when I moved to Norway in 1997.

In Bergen, I established and am still heading the Sars International Centre for Marine Molecular Biology, an institute with eight research groups that has become a partner of E.M.B.L. My personal interest has shifted to the development and genomics of tunicates, using the larvacean Oikopleura dioica as main model organism, selected for its phylogenetic position, very short generation and very compact genome. Most of my contribution has been on investigating major genomic changes that occurred during its past evolution. New methods of gene function analysis now permit to revisit developmental biology questions initially addressed with gene expression patterns, including the fate of Hox genes and the emergence of the larvacean house, a complex lineage-specific innovation.