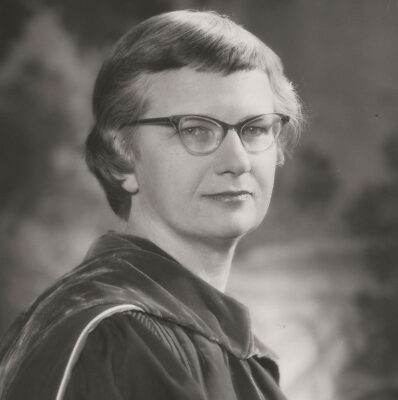 I am on sabbatical this year at Harvard University, where I was lucky enough be named the Mary I. Bunting Fellow at the Radcliffe Institute of Advanced Study. The fellowship program includes 50 scholars to reside here for a year and work on projects in an interdisciplinary environment. The fellowship program has a heavy weight toward Humanities and Social Sciences, which is a great change of pace after being at Natural Science-only OIST for the past years. But luckily they let a few biologists in too (I think every day, at least one must have been by mistake). It’s been fantastic so far to spend time with this amazing group of people at Radcliffe, not to mention some great colleagues and collections at the Museum of Comparative Zoology.

Mary I. Bunting, for whom my fellowship is named, was an incredible person. She was a successful microbiologist in a time when when women faced innumerable struggles in being professional scientists. She is best known, however, for her time as president of Radcliffe College when it was a women’s college (versus the all-male Harvard). She was instrumental in highlighting how society had a “climate of unexpectation” for girls and women and contributing to the progress we made toward greater gender equality in the decades since. Both Mary Bunting and Radcliffe have also played important roles in promoting women in academia over the years. In my time at OIST, on the GEDI (Gender Equality, Diversity, and Inclusion) committee, and as Associate Ombudsperson, I have learned a lot about gender and diversity issues that arise in academia, and even more so how those can be amplified in multicultural environments such as OIST. This are better than they were in Mary Bunting’s day, but there is still a long way to go. After 20ish years in academia, I still often notice problems and barriers that contribute to a lack of diversity our fields, many that I had not seen even though they were in plain sight (“A way of seeing is also a way of not seeing”-Kenneth Burke). During my fellowship I will be not only pursuing my “normal” biology research, I will be studying, learning, and thinking about how we can continue to make progress toward a more diverse and inclusive academia. I will bring what I learn back to our lab, OIST, and beyond.

Cover image: My fellowship is named after Mary I. Bunting, scientist and former president of Radcliffe College, and all around amazing person (image: wikipedia).