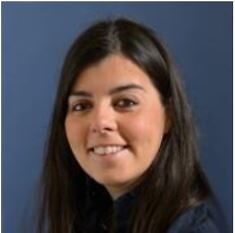 Title: "Prospective in cartilage regeneration: development of in vitro osteoarthritis model for testing drugs and sensors"

Dr. Valentina Basoli comes from AO Forschungsinstitut Davos (Switzerland), hereinafter AO Research Institute Davos (ARI) is part of the AO Foundation, which is the biggest trauma and orthopaedic network worldwide and one of the biggest medical networks in the global scale. Within ARI, the Regenerative Orthopedics Program (RO) is a multidisciplinary team focusing on a holistic approach to tissue engineering for repair and regeneration of traumatic injuries and degenerative disorders of the musculoskeletal system. RO Program has established research activities in the field of bone, cartilage, and intervertebral disc, with a major focus on regenerative medicine, 3D printing, biosensor development, cell, and gene therapy. Specifically in the contest of gene therapy.

Dr. Basoli and her team during the past years have been developed pathological in vitro models for the study of Osteoarthritis (OA), the most common form of arthritis, affecting millions of people worldwide. It occurs when the protective cartilage that cushions the ends of the bones wears down over time. Although osteoarthritis can damage any joint, the disorder most commonly affects joints in your hands, knees, hips and spine. At the moment there are not cure, the current pharmacological treatments for OA are often based on steroids (i.e., glucocorticoids). The main reason is due to the complexity of tissue organization and low self-healing process by cartilage.  In this respect, new effective, targeted, and sustained treatments, which can reach tissues and cells within the joint, or generally in the musculoskeletal system, remain an unmet need. With the aim to provide a solution to OA, in the last years we have been testing therapeutic mRNA for the modulation of inflammation in osteoarthritic joint. We developed in vitro 3D cartilage pellet and ex vivo osteochondral osteoarthritic model for testing the efficacy of chemically modified mRNAs. Due the complexity of cartilage matrix for achieving the transfection we developed nanoparticles (NG) based on Poly(amidoamine)s.

Variability of biological models related to donor variation, is a crucial side of drug testing, for that reason having a stable and reproducible model is paramount of importance. In our group, we focus as well on the development of microsensor for monitoring in real time the inflammation and behavior of cells during treatment. With this aim we develop ad hoc electrochemical sensor (analytical devices based on transducing the biochemical events to electrical signals) able to specifically assess biomarkers during in vitro culture.