[Seminar] "The GEODE mass function and its astrophysical implications" by Dr. Kevin Croker 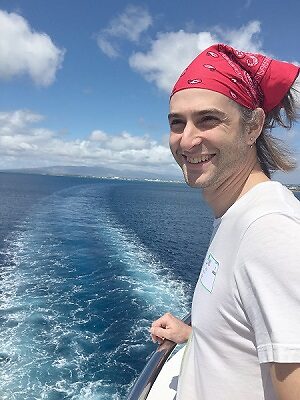 Quantum Gravity Unit (Neiman Unit) would like to invite you to a seminar by Dr. Kevin Croker from University of Hawaii at Manoa

Title: "The GEODE mass function and its astrophysical implications"

Abstract:
The large masses of supermassive black holes (BHs) at high redshift and stellar remnant BHs at low redshift present challenges to our understanding of the formation and growth of extreme objects.  We consider the observational consequences of replacing classical BHs with GEneric Objects of Dark Energy (GEODEs).  GEODEs are hypothetical ultra-compact remnants that may intrinsically gain mass (blueshift) in Friedmann cosmology.  A cosmological blueshift profoundly alters the mass distribution of stellar collapse remnants and introduces an adiabatic inspiral to any binary system with a GEODE.  A GEODE produced between 20 < z < 40, and observed at z ~ 7, will have its initial mass amplified by at least 20-170x.  This can relieve tension between accretion-only growth models and the inferred masses of BHs in quasars at z > 6.  We compute the GEODE mass function for z < 0.2, assuming an initially Salpeter remnant distribution.  We find consistency with GWTC-1, as opposed to an unevolved Salpeter distribution, which is in tension at > 2ϭ.  We model the redshift-chirp mass distribution of mergers visible to gravitational wave observatories.  We find that solar metallicity progenitors, which produce 1.1-1.8 M☉ remnants, overlap with many GWTC-1 mergers when evolved as GEODEs.  This agreement occurs without low-metallicity regions, abnormally large progenitor stars, or novel binary formation channels.  We find that GWTC-1 mergers prefer a GEODE remnant upper cutoff, at formation, of ~5 M☉.