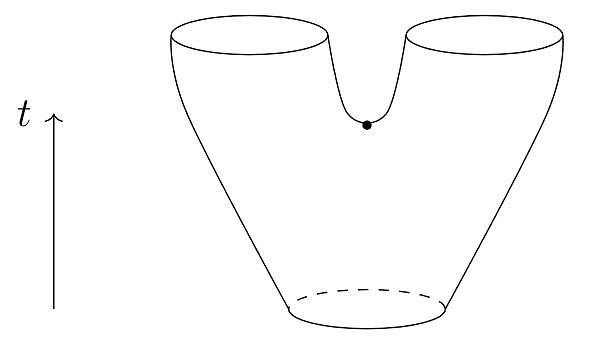 Abstract: Topology change in General Relativity is usually the study of special spaces known as "Lorentz cobordisms". In this talk, we will introduce these spaces and assess their causal properties. We will reach the conclusion that these spaces, although interesting to consider, display a number of unenjoyable causal properties which render them difficult to accept.

Along the way we will need some elements of Lorentzian Geometry and its conformal cousin known as Causality Theory, so we will first introduce these. After this is done, we will summarise some famous results from some classical papers, including those of Reinhart, Geroch, Yodzis, Sorkin, Borde, and so on. Finally, we will speculate on some ways to avoid the various no-go theorems of topology change.

Usually I like to assume no prior material and to keep things self-contained, however this time I will have to assume familiarity with GR and the basics of differential geometry/topology.