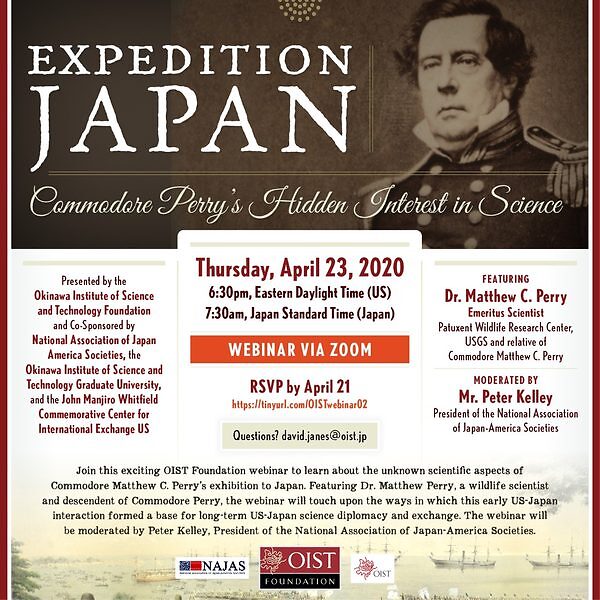 Dr. Matthew Perry
Dr. Matthew C. Perry's twin passions are wildlife biology and the history of his namesake ancestor, Commodore Matthew C. Perry, who negotiated a treaty of peace and amity between Japan and the United States in 1854. After graduating from college in 1963, he served in the U.S. Navy aboard a ship in the western Pacific Ocean and was involved with the first two amphibious landings in Vietnam. Matt's career in wildlife management and research included 40 years at Patuxent Wildlife Research Center in Maryland. He retired in 2011 but continues to do research and write and edit scientific publications. Matt has participated in eleven CIE-US cultural exchange programs in Japan and the U.S. He serves on the Board of the CIE-US and on the Board of the Whitfield-Manjiro Friendship Society (Fairhaven, MA). He is a member of the Japan Society of Boston and the Japan-America Society of Washington, DC.