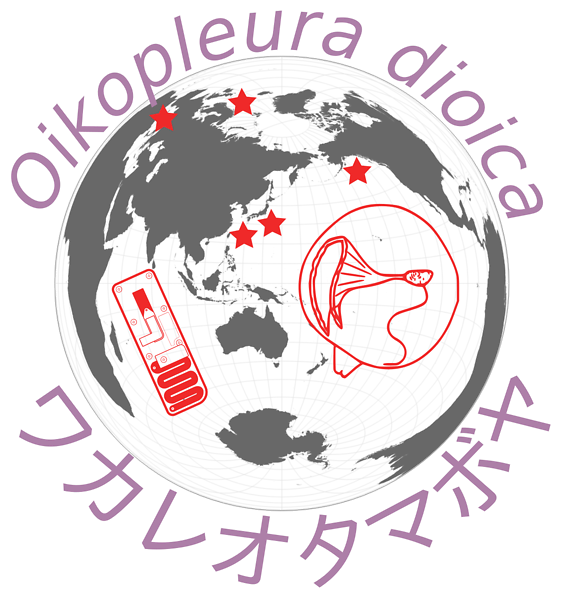 Title: Oikopleura Dioica: the Animal Genome Pushed to Its Limits

Oikopleura dioica is a globally distributed zooplankton that distinguishes itself by extreme features such as a 5-day life cycle, cell cycles as short as 7 min, a small number of chromosomes (3 pairs) and one of the most compact animal genomes (70 Mb). Yet, it is evolutionarily closer to humans than other model organisms such as yeast, nematodes or fruit flies. Using the Nanopore sequencing technology, we produced chromosomal and mitochondrial assemblies of O. dioica’s compact genome from single individuals sampled in the Ryûkyû archipelago. Mitochondrial genomes suggest that the so-called ascidian genetic code is used, with possible originalities such as the loss of the TGA tryptophane codon. Comparison of nuclear genomes of Ryûkyû individuals with other Atlantic of Pacific references showed intra-chromosomal rearrangements at a scale that was only reported before in clearly differentiated species. Cryptic species have often defied taxonomic classifications. As dioceous Oikopleura species all have very compact genomes, the ability to perform single-individual sequencing at a large scale offers opportunities to study genetic variations at both local and global levels. In particular, we are comparing geographically close individuals to estimate how structural variants are apparently tolerated within a species, and comparing geographically distant individuals to study how structural variants can accumulate between close species without causing obvious changes of morphology. Thus, we expect our data to not only provide details in the chordate phylogeny, but also new insights on how gene order is important or not for the genetic control of morphogenesis.

The seminar will be followed by the discussion with free soft drinks and pizza!