[Seminar] "A twisted loop between inside and outside: Searching for an appropriate image of consciousness based on phenomenology and enactivism" 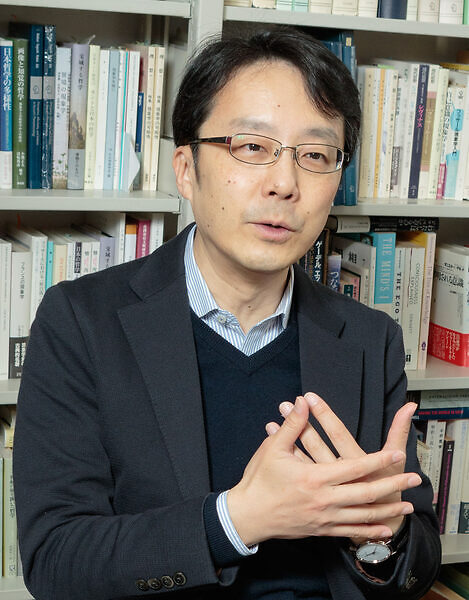 Speaker:
Shigeru Taguchi is professor of philosophy and the director of the Center for Human Nature, Artificial Intelligence, and Neuroscience (CHAIN) at Hokkaido University, Japan.

Biography: Shigeru Taguchi is professor of philosophy and the director of the Center for Human Nature, Artificial Intelligence, and Neuroscience (CHAIN) at Hokkaido University, Japan. He obtained a PhD in philosophy from the University of Wuppertal (Germany) in 2003. He has been working on phenomenology, philosophy of consciousness, and Japanese philosophy. He is the author of Das Problem des ‘Ur-Ich’ bei Edmund Husserl (Dordrecht: Springer, 2006) and two Japanese books on phenomenology. For the past ten years, he has been engaged in interdisciplinary research with neuroscientists, cognitive scientists, mathematicians, and robotics/AI researchers. His recent publications include: Tsuchiya, N., Taguchi, S. & Saigo, H. (2016). Using category theory to assess the relationship between consciousness and integrated information theory. Neuroscience Research 107, 1-7; Taguchi, S. (2019). Neither One Nor Many: Husserl on the Primal Mode of the I, in: New Phenomenological Studies in Japan (ed by de Warren, N. & Taguchi, S., Springer); Froese, T. & Taguchi, S. (2019). The Problem of Meaning in AI and Robotics: Still with Us after All These Years. Philosophies 4, 1-14; Taguchi, S. (2019). Mediation-based phenomenology: Neither subjective nor objective. Metodo 7 (2), 17-44. (edited)