[Seminar] Enactive solutions to the integration problem in psychiatry. 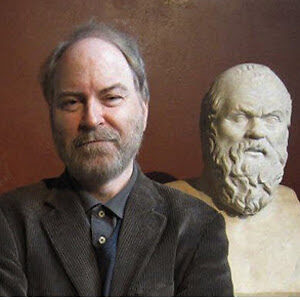 Speaker:
Shaun Gallagher (PhD, Hon D.Phil) is the Lillian and Morrie Moss Professor of Excellence in Philosophy at the University of Memphis, and Professorial Fellow at the School of Liberal Arts, University of Wollongong (AU)

Abstract:
I review several proposed solutions to what has been called the integration problem in psychiatry -- the problem of how to integrate different levels of analysis or different causal processes that include biological, psychological and social factors. I’ll argue that approaches that rely on the notion of different levels are problematic for several reasons. I also suggest that an enactive approach which defends the notion of an emergent, organizational fusion of factors (de Haan 2020) is equally problematic. In contrast, I develop an enactive model based on the concept of a dynamical causality. As a test case I show how the model would work to explain specific communicative deficiencies in Austism Spectrum Disorder.

Biography:
Shaun Gallagher (PhD, Hon D.Phil) is the Lillian and Morrie Moss Professor of Excellence in Philosophy at the University of Memphis, and Professorial Fellow at the School of Liberal Arts, University of Wollongong (AU). He was a Humboldt Foundation Anneliese Maier Research Fellow (2012-18). He has held Honorary Professorships at Tromsø University (Norway); Durham (UK) and Copenhagen (DK), and visiting positions at Cambridge, Lyon, Paris, Berlin, Oxford and Rome. His areas of research include phenomenology, philosophy of mind, embodied cognition, social interaction, concepts of self, and hermeneutics. His publications include Action and Interaction (Oxford 2020); Performance/Art: The Venetian Lectures (Milan 2021); The Phenomenological Mind (Routledge 2021 – 3rd ed); Enactivist Interventions: Rethinking the Mind (Oxford 2017); The Neurophenomenology of Awe and Wonder (Palgrave Macmillan 2015); Phenomenology (Palgrave Macmillan 2012); How the Body Shapes the Mind (Oxford 2005); as editor, the Oxford Handbook of the Self (Oxford 2011); and co-editor The Oxford Handbook of 4E Cognition. He is editor-inchief of the journal Phenomenology and the Cognitive Sciences.