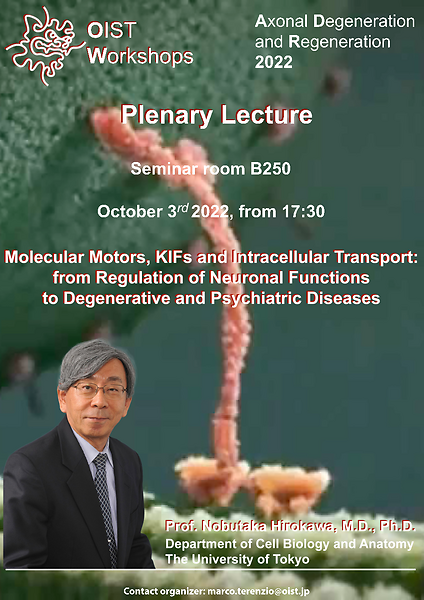 Professor Hirokawa is world famous for his research on molecular transport. In particular, he contributed greatly to the mechanistic characterization of the kinesin superfamily of molecular motors. Among other things, he discovered 45 genes of the kinesin superfamily and characterized the mechanisms of directional transport of various cargos including synaptic vesicle precursors, mitochondria, receptors, and mRNAs. He described the mechanisms of recognition, loading and unloading of cargoes and how the direction of transport is determined.