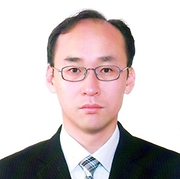 Observing and characterizing the magnetic microstructures on a nanometer scale are of vital importance for understanding material property and its application to engineering. Among the repertoire of so-called “magnetic imaging” methods, imaging techniques in transmission electron microscope (TEM) are Lorentz microscopy and electron holography, which can be implemented in a standard TEM. These techniques have been widely utilized to image magnetic microstructures and the magnetization process in situ. In the Fresnel (out-of-focus) method of Lorentz microscopy, domain walls (DWs), vortices and skyrmions (nanoscale spin vortex) are imaged, and these place a lower limit of tens of nanometers on the requirement for spatial resolution. The Fresnel method has been used to capture DWs nucleation/motion and the dynamics of vortices and skyrmions, spanning from the millisecond to the nanosecond regime. Electron holography, using the wave nature of electrons, provides opportunities for directly detecting and visualizing, in real space, the phase shifts φ of electron waves due to electromagnetic fields. In this talk, with in situ spatial and/or temporal resolutions, I introduce recent studies on various materials using Lorentz microscopy and/or electron holography. Firstly, the magnetic DWs nucleation and reversal in ferromagnetic thin films have been directly observed using four-dimensional (4D) Lorentz electron microscopy[1]. Secondly, by electron holography using a coherent electron wave, I present the first observation of the magnetic flux and three-dimensional (3D) structure of skyrmion lattices in a Fe-Co-Si helimagnet[2], which are viewed as promising candidates as information carriers in future spintronic devices. Lastly, recent studies using a conventional TEM at Dong-A University will be introduced.