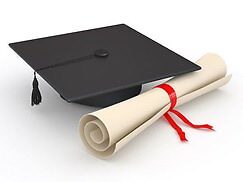 Title: Topology of Band-Like Excitations in Frustrated Magnets and Their Experimental Signatures

The discovery of the integer quantum Hall effect, an inherently topological effect, heralded a new era in condensed matter physics, and the properties of topologically non-trivial bands of electrons have been extremely well-studied. Magnetic insulators also exhibit band like-excitations, and the topological properties of these bands are now an active frontier of research. In this Thesis we examine the topology of two different types of magnetic excitation, and some of the experimental signatures which result.

We consider first the triplon excitations of a quantum paramagnet on a bilayer breathing kagome lattice. We show that the most general model allowed by lattice symmetry can support topologically non-trivial triplon bands, and explore the connection with the Z2 topology found for electrons with spin-orbit coupling. In particular, we examine the conditions required for the stability of a Z2 invariant in the absence of a Kramers degeneracy. We also establish signatures for bands with finite Berry curvature coming from thermal and spin transport measurements.

We then turn to the magnon excitations of kagome-lattice system saturated by high magnetic field. We again consider the most general model allowed by the symmetry of the lattice, and examine the way in which symmetry dictates gaps between bands, and the associated topology of those bands. We also make explicit predictions for inelastic neutron scattering, and explore what can be learned about the topology of magnon bands from the changes seen in pinch-point and half moon features associated with a quadratic band touching.