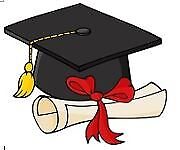 The past few years have witnessed an emergence of an outstanding class of thin film solar cells, which are based on organic-inorganic light absorbers, namely, perovskite solar cells (PSCs). PSCs possess energy conversion efficiencies (PCEs) comparable to traditional silicon and other solar cell technologies. To achieve high efficiencies, typically perovskite materials are sandwiched between selective contacts, which significantly facilitate charge carries extraction. These contacts are made of either electron or hole selective material and are called electron transport material (ETM) and hole transport material (HTM). This thesis discusses surface science aspects of the doping mechanism of spiro-MeOTAD HTM, and an engineering approach of the perovskite/spiro-MeOTAD HTM interface for enhanced energy level alignment, efficiency, and reproducibility.
This thesis is complemented by employing surface science techniques (i.e., photoemission spectroscopy (PES), atomic force microscopy (AFM), and scanning electron microscopy(SEM)) combined with current-density voltage (J-V) measurements on hole only devices and PSCs. PES measurements revealed that ambient air-exposure results in the migration of the commonly used Li-salt dopants from the bottom to the bulk (including top surface) of the spiro-MeOTAD HTM film. AFM and SEM images revealed the presence of pinholes with an average diameter of ~135 nm, with a density of ~3.72 holes/µm2, and these pinholes form channels wiggling across the doped spiro-MeOTAD film. Under controlled environments of H2O (relative humidity 90%) and dry O2, PES measurements revealed that H2O is the constituent component in ambient air that leads to the redistribution of the LiTFSI dopants. In addition, the J-V measurement results on hole only devices revealed that H2O vapor exposure results in an irreversible enhancement of LiTFSI-doped HTM conductivity due to redistribution of the LiTFSI dopants across the HTM film, which was examined by PES measurements. On the contrary, O2 exposure results in a reversible enhancement of the HTM film under applied bias, in which this enhancement is mainly due to O2 doping, which was confirmed by PES measurements.
In addition, to achieve better energy level alignment between the HTM and the perovskite absorber, an intentional deposition of an ultrathin layer of methylammonium iodide (MAI) on top of a methylammonium lead iodide (MAPI) perovskite film was implemented. Using PES measurements, it was found that the deposition of small amount of MAI on top of MAPI results in an interfacial, favorable, energy-level tuning of the MAPI film. It is not the MAI layer, but the dissociated species that leads to the interfacial energy-level tuning. Optimized interface energetics were verified by solar cell device testing, leading to both an increase of 19% in average steady state PCE and significantly improved reproducibility, which is represented by a much lower PCE standard deviation (from 15 ± 2% and 17.2 ± 0.4%).