Seminar: "From Okinawa to the Milky Way Galaxy and Super-Massive Black Holes" by Prof. Mareki Honma 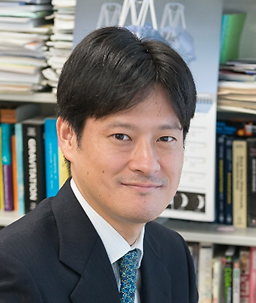 In this talk, I would like to give an introductory presentation on our research including 1) what is VLBI and how it works, 2) the structure of the Milky Way Galaxy revealed by VERA, and 3) direct imaging of the super-massive black hole at the core of M87 released by EHT last April.

Mareki Honma received Bachelor of Science from University of Tokyo in 1994 and received PhD in astronomy from University of Tokyo in 1999. After PhD, he joined the VERA (VLBI Exploration of Radio Astrometry) project at NAOJ (National Astronomical Observatory of Japan) as a postdoc, and promoted to Assistant Professor in 2000, Associate Professor in 2007, and Full Professor in 2015. Since 2015, he has been serving as the director of Mizusawa VLBI Observatory of NAOJ and been playing a leading role in VLBI astronomy. His interest is observational astronomy with extremely-high angular resolution of VLBI, with major science targets including the 3-dimesional structure of the Milky Way Galaxy and the direct imaging of super-massive black holes.