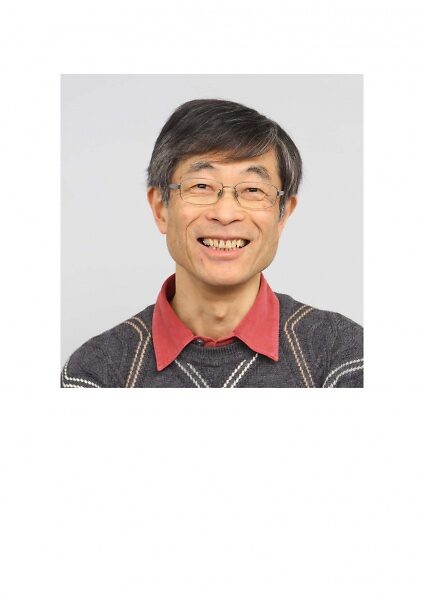 Department of Developmental Biology and Neuroscience

The mechanism whereby genes and the environment interact to shape a behavior remains an enigma despite its tremendous importance in understanding human nature. Approximately 25 years ago, I discovered a clue to tackling this problem by isolating a Drosophila mutant that I named satori, males of which preferentially courted males rather than females without copulating (Yamamoto et al., 1991). Later, a genetic complementation test revealed that satori was allelic to fruitless (fru). Molecular cloning of the fru gene (Ito et al., 1996; Ryner et al., 1996) and neuroanatomical demonstration of sexual dimorphisms in fru-expressing neurons (Kimura et al., 2005) led to the notion that the fru gene functions as a master regulator of the development of courtship neural pathways, which operate as hard-wired circuitries to generate genetically determined courtship behavior. Thus genetic mutations in fru result in changes in the courtship target choice in these males. Recent studies (Kohatsu & Yamamoto, 2015; Pan & Baker, 2014) have challenged this view, by showing that inappropriate courtship is suppressed in fru mutants that are raised in isolation.

We have identified the courtship decision-making neuron cluster P1, which is composed of male-specific fru-expressing neurons (Kimura et al., 2008) and thus the effects of environmental factors on neural activities can be explored with single gene/single cell resolutions. Indeed, we have shown that P1 neurons in fru mutants respond differently to courtship-inducing stimuli depending on flies’ social experience (Kohatsu & Yamamoto, 2015). The fru gene products form a complex with chromatin factors (Ito et al., 2012), implicating epigenetic modulation as a possible mechanism of the gene-environment interplay during development and after adult emergence. This study will therefore provide us with a novel framework for the mechanistic understanding of the nature-nurture interactions in behavior.

1981: D. Sc. (equivalent to Ph.D.) in Zoological Science at Hokkaido University (the thesis title: Electrophysiological studies on the neuromuscular system of insects)

2003-2005: Waseda University, School of Science and Engineering, Professor of Genetics.