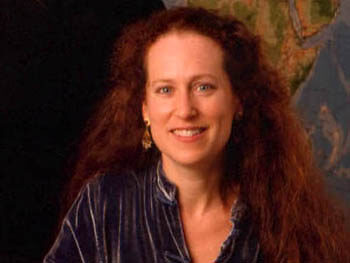 Justine Cassell is the Dean’s Professor of Language Technologies in the School of Computer Science at Carnegie Mellon University. She also holds a chair at the PRAIRIE AI Institute in Paris, and is a director of research at Inria Paris. Previously Cassell founded the Technology and Social Behavior Program at Northwestern University, and was a tenured professor at MIT. Cassell has received the MIT Edgerton Prize, Anita Borg Women of Vision award, AAMAS Test of Time award, and a National Academy of Sciences Prize for Behavioral Science applicable to policy. She is a fellow of the AAAS, Royal Academy of Scotland, and the ACM.

Concepts such as empathy and rapport have attracted increasing attention in the human-agent and human-robot communities. However, most designers of systems of this sort don't know what relationships of this kind look like for real people. Consequently, the systems they build are usually boring, useless, or even offensive. What is needed is a close analysis of how people build social bonds with one another, concentrating in particular on the dyad as the primary unit of analysis and not the individual, and a paradigm for translating those underlying representations of sociality and their instantiation in linguistic and embodied behaviors into strategies for robots and conversational agents. In this talk I will describe a series of studies that highlight the most important features of social interaction between people, including natural grounded conversation, collaborative tasks, and neuroscientific evidence of social bonds. I will also present a series of conversational agents that implement these interactional behaviors, as well as how to best evaluate these systems. The result is a better understanding of social AI and social interaction in general. Further information at www.justinecassell.com and articulab.hcii.cs.cmu.edu.