[Seminar] Nathaniel Virgo: "What is an agent?" 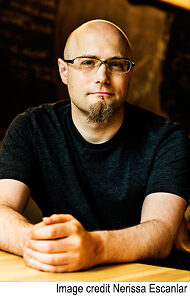 Nathaniel Virgo is an associate professor at Earth-Life Science Insitute (ELSI) in Tokyo. He has an interdisciplinary background that combines computer science, mathematics, ecology, physics and artificial life. His interests include evolutionary theory and the origins of life, as well as the foundations of Bayesian reasoning and decision making, and the question "what is an agent?"

Title: What is an agent?

I will talk about two interrelated projects that aim to answer these questions. First, we aim to understand the relationship between goals and beliefs, using techniques from Bayesian inference and decision theory to show that when an agent is optimised to perform a task, the notion of 'meaning' or interpretation of its internal states appears naturally. This gives some insight into the nature of memory, and into why some tasks involving memory can be difficult, such as the training of recurrent neural networks.

Secondly, we investigate the relationship between goals and evolution by natural selection. Evolution has a mathematical similarity to Bayesian reasoning, and I will show how we can exploit this to develop an algorithm that combines evolution with machine learning, in which agents evolve while interacting with their environment at the same time.