Our main goal is to the design and utilization of organometallic and coordination compounds in homogeneous catalysis, small molecule activation and in stimuli-responsive materials design. While we have several major research directions, all of them are based on the idea of using smart ligand design to control the reactivity and properties of the metal center 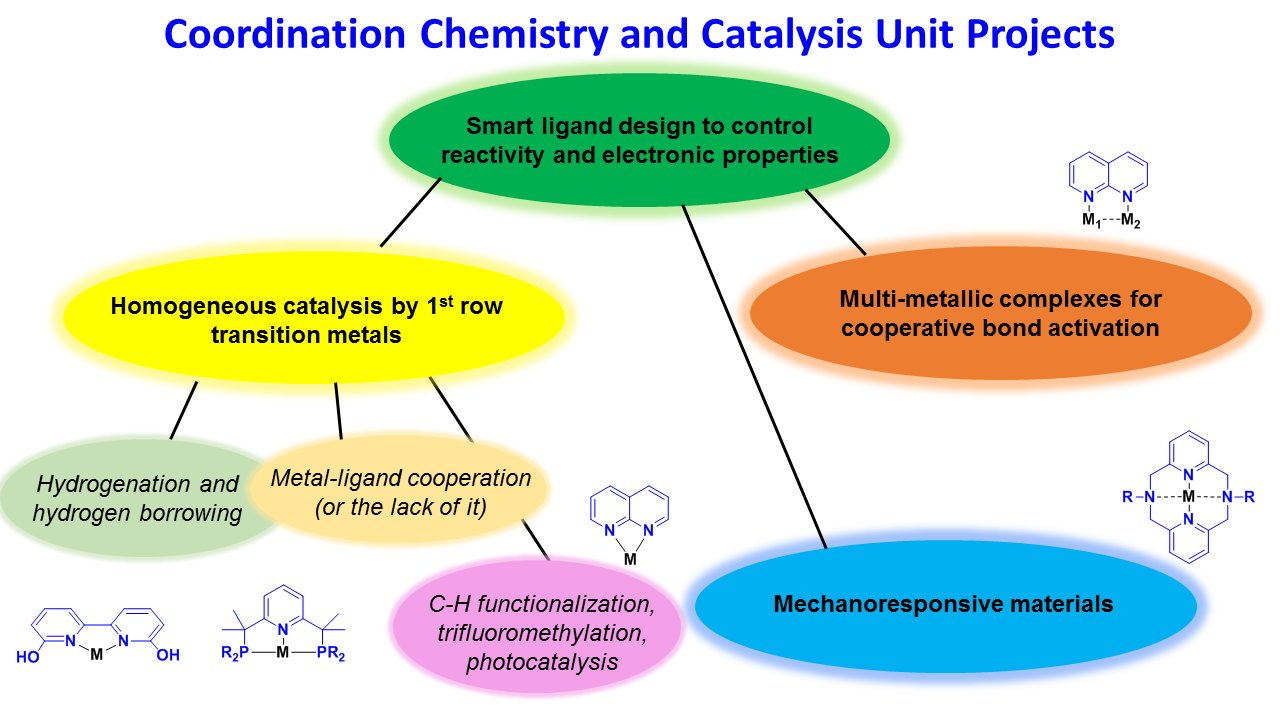 We are interested in creating new stimuli-responsive and, in particular, mechanoresponsive materials that utilize coordination compounds to induce desired changes in properties (such as color, luminescence, shape, conductivity) in response to external stimulus such as mechanical activation, light, pH changes or oxidation/reduction. For this purpose, we utilize conformationally flexible ligands such as N4-pyridinophane that is known to change their coordination mode to a metal in response to pH changes, redox reactions, temperature or subtle changes in ligand steric properties (Scheme 1).

Based on this idea, we designed a family of Cu-NHC complexes supported by N4 ligand, which were covalently attached as cross-linkers in polybutylacrylate. As a result, we observed an unprecedentedly sensitive mechanoresponse, showing reversible changes in the PL intensity even at <50% elongation and at very low mechanical stress (<0.1 MPa) (Scheme 2). 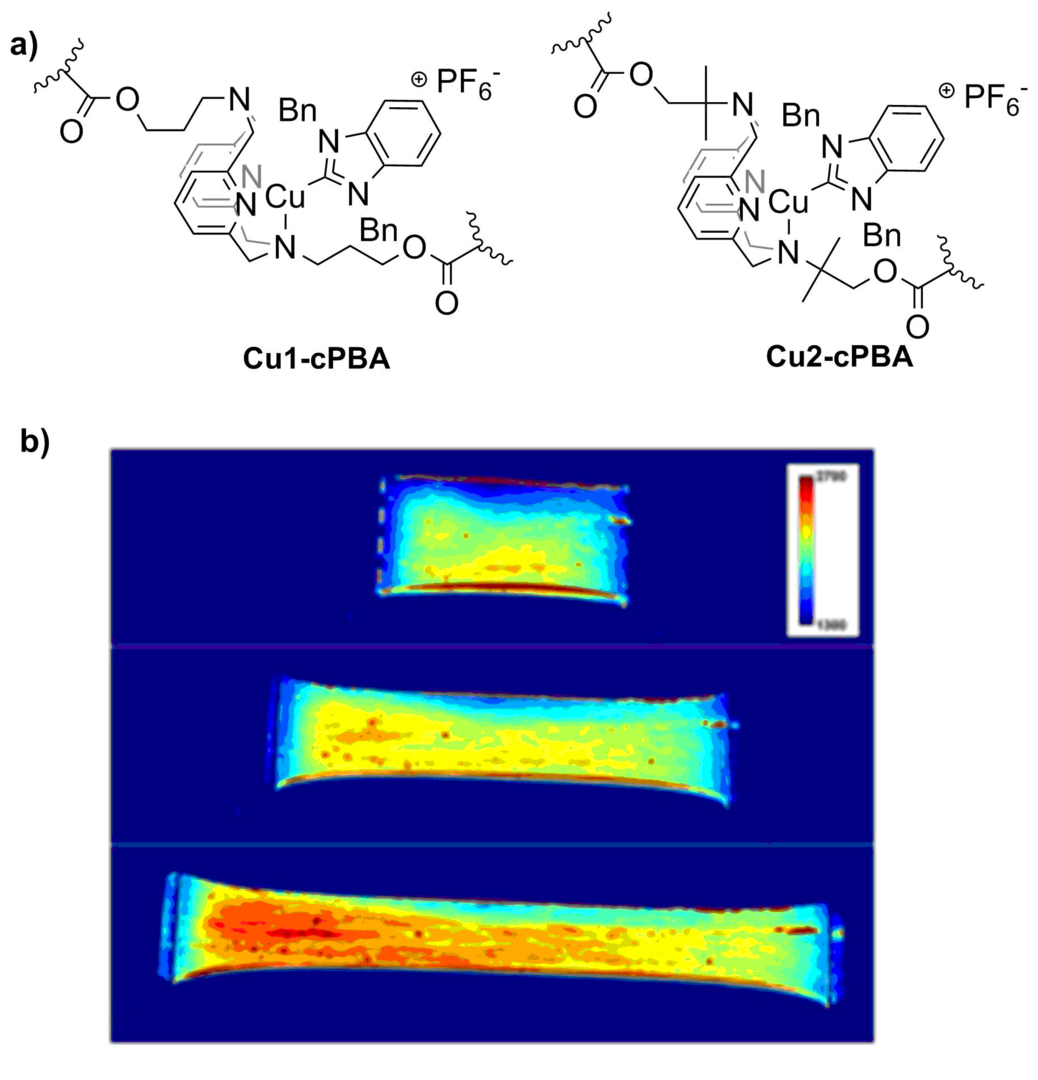 Scheme 2. (a) Mechanoresponsive (N4)Cu(NHC)-based cross-linkers in polybutylacrylates. (b) Imaging analysis of Cu1-cPBA films during stretching at 0% (top), 100% (middle), 200% (bottom) elongation.

More recently, we also discovered that Cu-NHC complexes with pyridinophane ligand show bright triboluminescence both in the crystalline state and in amorphous non-elastic polymer films prepared by simple physical blending. 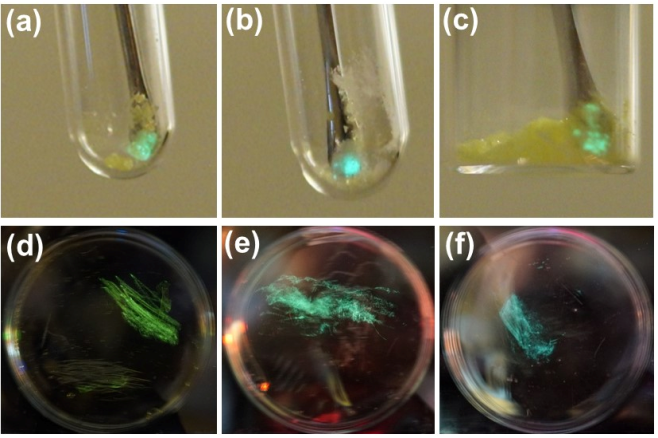 Furthermore, we then developed a general method to produce triboluminescent amorphous polymers films using a wide range of luminophores and polymer matrice, which emit light in response to friction or rubbing. The light emission can be observed even in the absence of direct contact, through a layer of inert material.

We are developing new catalysis based on earth-abundant metals for selective catalytic transformations. Our main approach is to modulate the properties of the metal ligand through the ligand design. Among our favorite ligand motifs are modified pincer ligands, OH-functionalized N-heterocycles for hydrogenation/dehydrogenation, as well as substituted naphthyridines for photocatalytic reactions.

We have developed in collaboration with E. Khaskin a new type of modified pincer ligand, in which two pincer "arms" are substituted with Me groups, which disables ligand-centered reactivity such as deprotonation or H-atom abstraction. This allowed us to stabilize unusual nickel(I) complexes. The Co and Fe complexes were catalytically active in hydrogenation of alkenes and alkynes.

We found that Mn complexes with ortho-OH substituted bipyridine ligands are active catalysis for CO2 hydrogenation and transfer hydrogenation of ketones, aldehydes and N-heterocycles.

While studying coordination chemistry of naphthyridines with transition metal complexes, we found that even simple subsituted naphthyridines can stabilize unusual nickel(III) complexes formed by aerobic oxidation. These complexes are active catalysis for photocatalytic C-H bond trifluoromethylation of arenes.

Our group is interested in designing new unsymmetrical ligand scaffolds that can support homo- and heteromultimetallic complexes for small molecule activation. Using unsymmetrical naphthyridine- or napthyridinone-based ligand scaffolds, we have designed a number of ligands that allow for site-selective formation of multimetallic chains containing two different kinds of metals (see Scheme 5). These complexes are active in metal-metal cooperative activation of small molecules and organic substrates.