In close collaboration with the Naha Municipal Tsuboya Pottery Museum, this project involves scientifically characterizing Okinawan archaeological pottery from different historic kilns as well as differentiating between ceramics made on the Okinawan Main Island vs. Okinawa's Ishigaki Island.  Click here for more detailed information on the ceramics study. 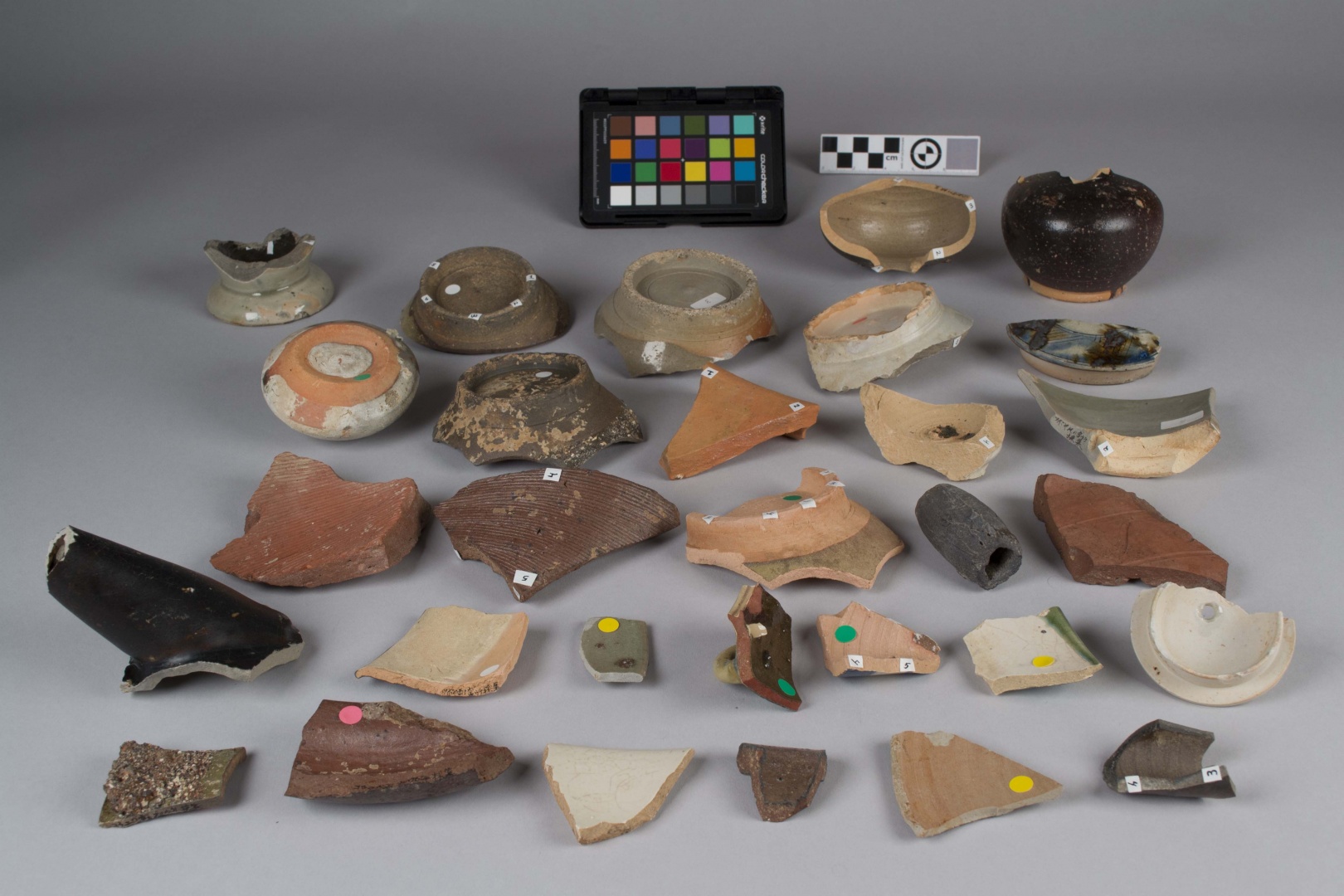 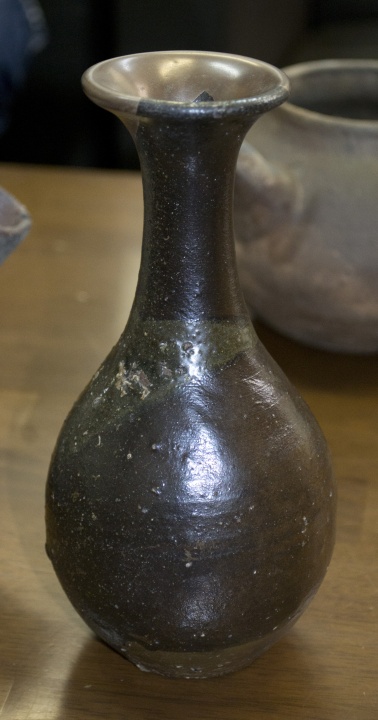 Several Okinawan lacquer objects from the Yomitan Museum of History & Folklore are currently being studied and conserved in the OIST conservation lab.  Lacquer has a long history of use across Asia.  Japanese and Chinese lacquer (urushi) is made from the sap of the Rhus verniciflua tree.  Many of the objects being studied at OIST were made using the tsuikin technique, which is native to Okinawa.  Tsuikin involves the attachment of decorative appliques made from lacquer putty.  For this study, cross-section microscopy is being used to decipher layered lacquer structures and X-ray fluorescence spectroscopy is used for pigment identification.  Conservation treatment largely includes humidification, consolidation of flaking lacquer, cleaning, removal of past restorations, and some aesthetic compensation.  The treatment example below of a red lacquered juubako box was completed by OIST Research Intern Amaris Sturm. 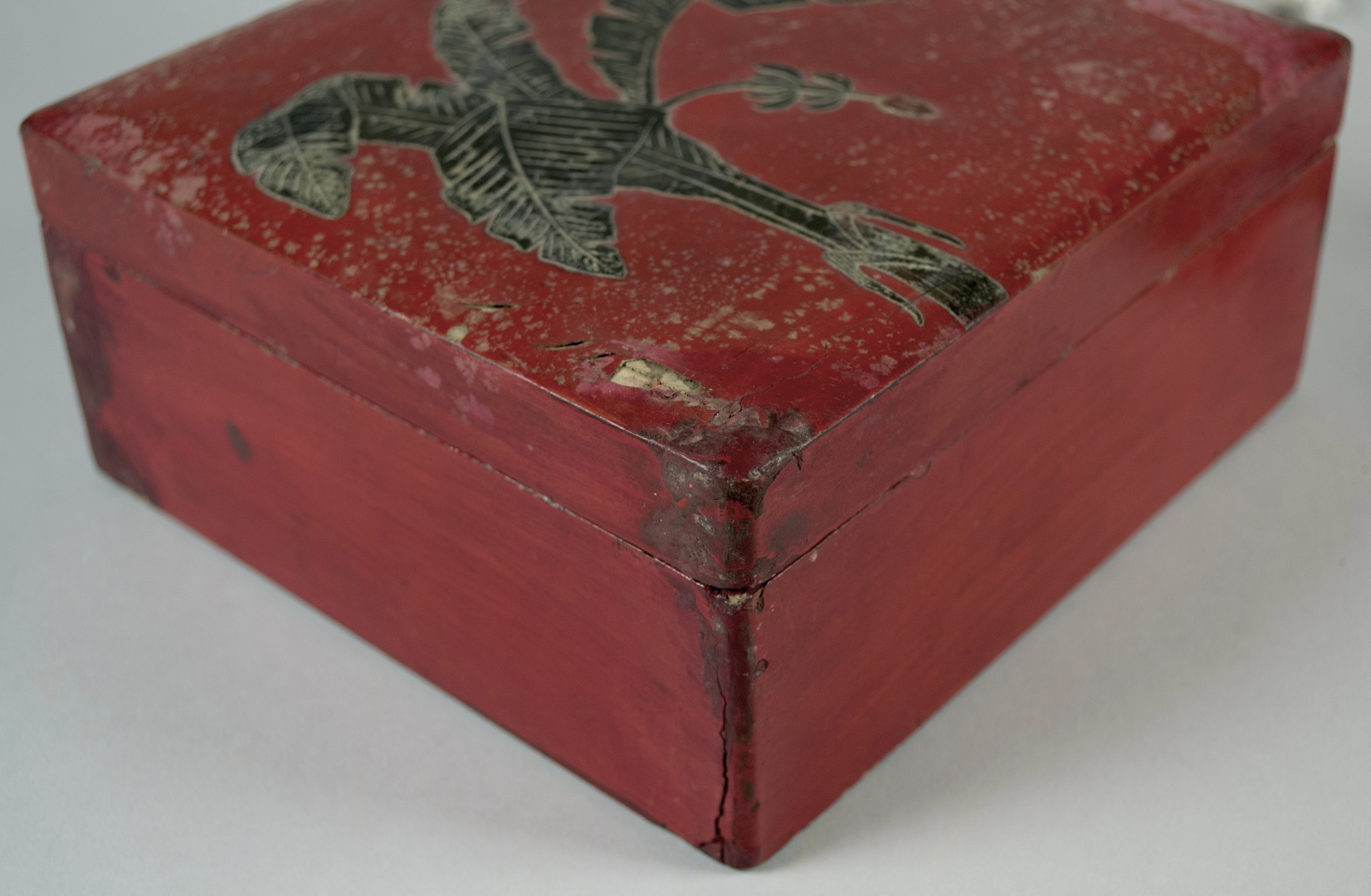 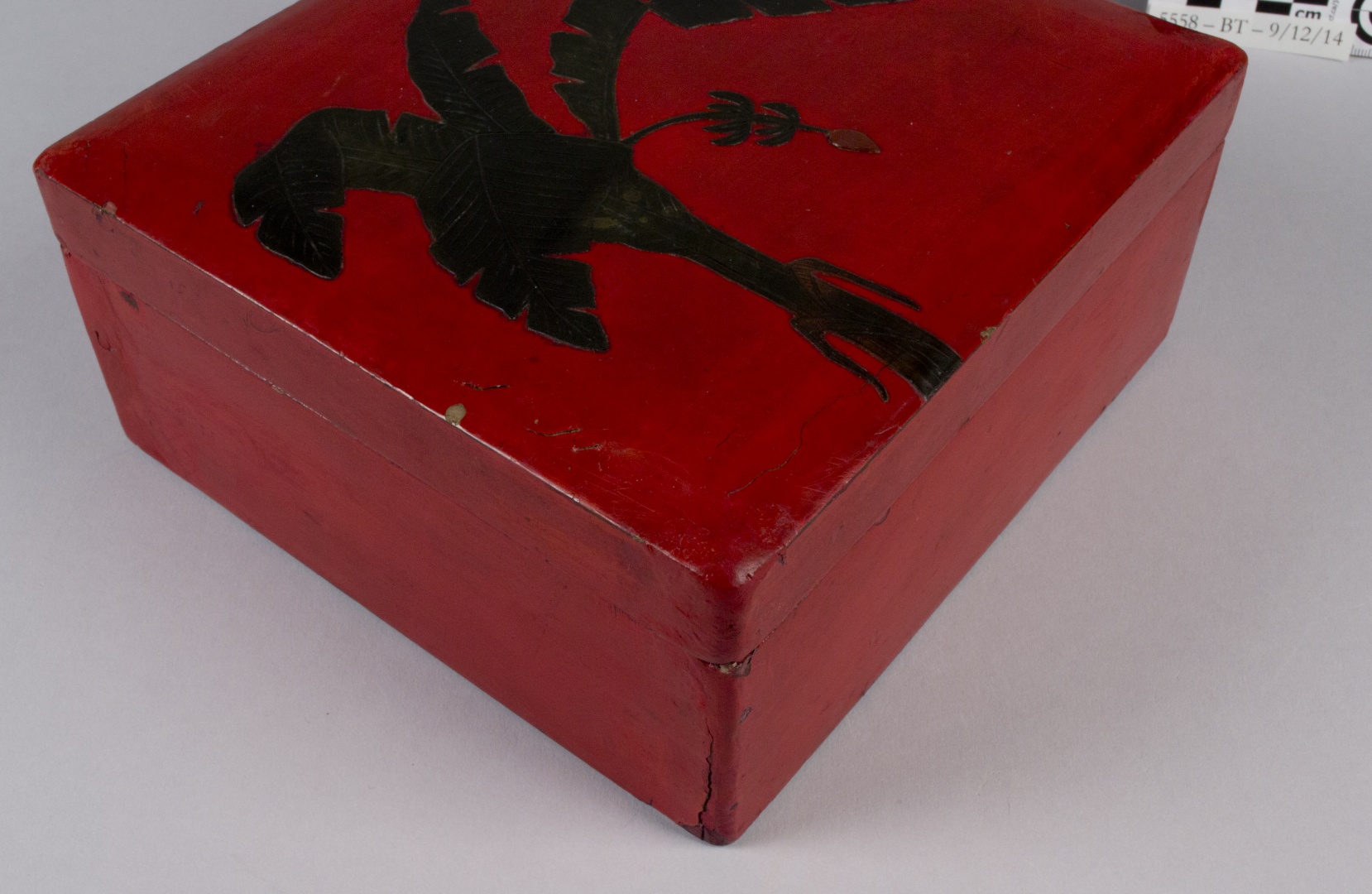 This project involves two early 20th century sanshins (Okinawan string instruments) belonging to the Yomitan Museum of History & Folklore.  Research is being performed to identify the unusual skin covering these sanshins.  Also, the instruments are being conserved so that the sanshins can be safely exhibited and shared with the public.  Click here fore more detailed information on the sanshin project.

Archive of Past Projects

Visitors to the Conservation Lab: