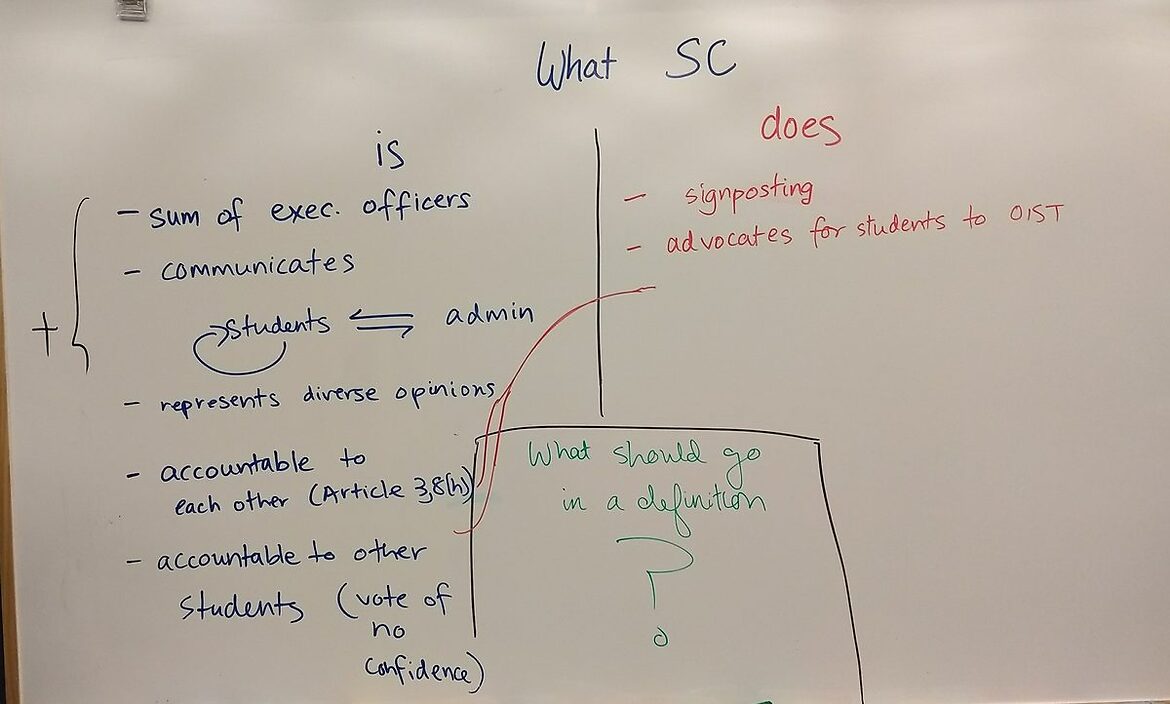 In the room and over zoom there was admittedly low attendance, mostly comprised of past and present officers. This is unfortunate as this SAM was an open conversation about amending the Terms of Reference (ToR) a document that has an impact on all enrolled students at OIST.
However, the conversation was guided by the results of a survey that was much better attended than the SAM itself.
A small number of general amendments were suggested and discussed extensively. They are as follows (in descending order of time spent discussing each point):
The purpose of this SAM was to come to a consensus on the above points among those who attended. This would guide the formation of formal amendments that will receive the support of at least one-third of the Student Assembly once they are put to vote.
We reached an informal consensus on all points but point 1. The officers of the Student Assembly will now formulate working groups to tackle these points. These working groups will be open to any student willing to join. Simply contact Darshini to join one or more of these groups.