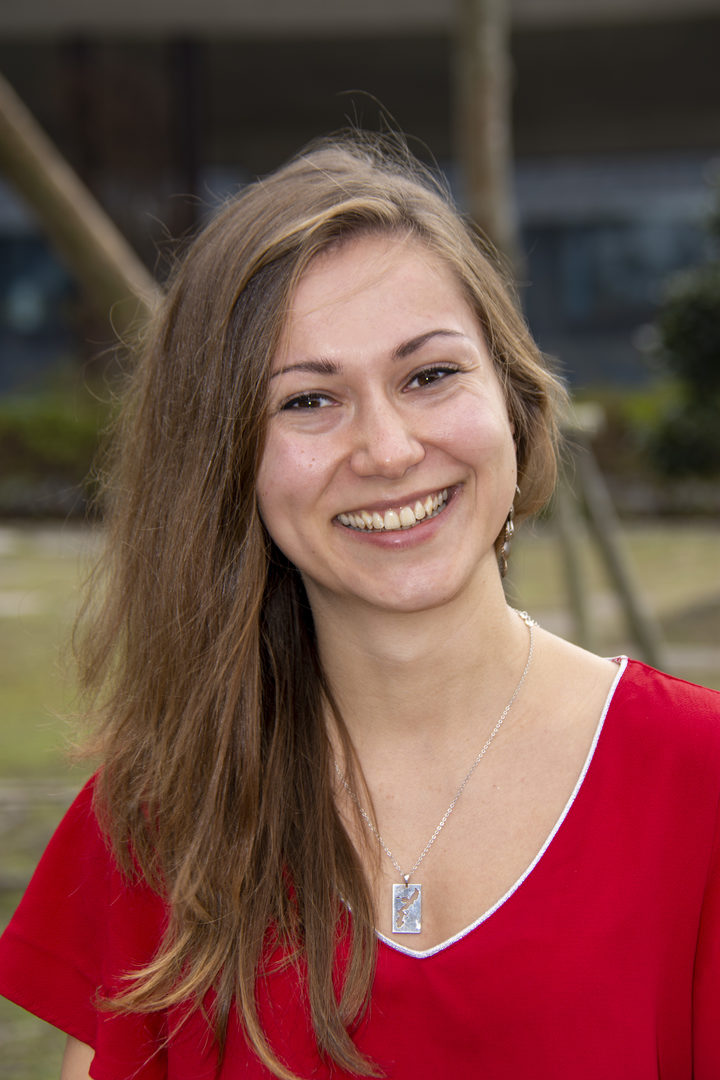 Since secondary school, I have been working with school-age children in a variety of contexts: as an academic tutor, teacher, and counsellor. Studying neuroscience (I did a BSc in neurobiology at the Jagiellonian University in Cracow, Poland, and a MSc in neurosciences at the University of Bonn, Germany) helped me understand the mysteries of neurodevelopment. During my nine-month-long research internship at Neuronal Rhythms in Movement Unit and Human Developmental Neurobiology Unit (Tripp's Unit) I have been working towards the goal of establishing a tool to assess motor skills, and investigate the alterations in the processes of learning movement tasks in children with ADHD. Participating in a collaboration project between two units has allowed me to do research in my area of great interest while gaining a new approach and technical skills. Another passion of mine, besides observing kids and being fascinated by how they function, is linguistics. I seek every opportunity to learn new vocabulary and polish my trained British accent in English. OIST serves as a great place for the language exchange and I am enjoying the mix of cultures and nationalities immensely. 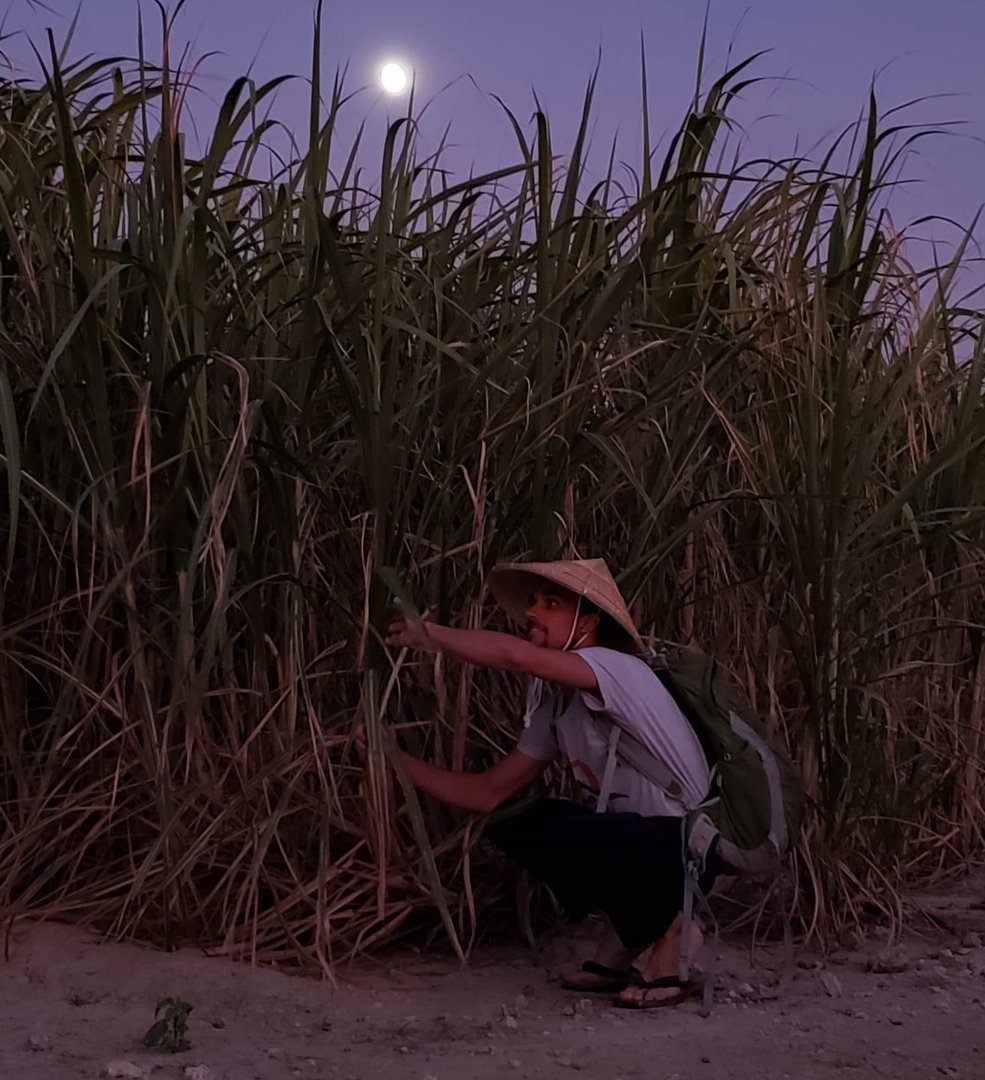 How would you define the purpose of living? I would say the purpose of living is always learning something new. My main interest is neuroscience among life sciences, the way information can be mysteriously stored in a complex environment of neurons and glial cells. With the team I have the great opportunity to study spatial organization of inferior olive using immunohistochemistry and confocal imaging. Thus, I am literally exploring spatial interconnections in an unknown structure which is very exciting and motivating. Being a high-school science teacher in France, learning takes a big part in my own life. Children learn from me as I learn from them every day. To keep in touch with science research is very important to me so that I can always improve lectures and keep my knowledge updated. I am also very keen on sports. I love surfing, cycling, practicing aikido and especially climbing. Learning how to ride a bike is way different than studying history. Sensorimotor learning is intriguing and remain regrettably unclear. 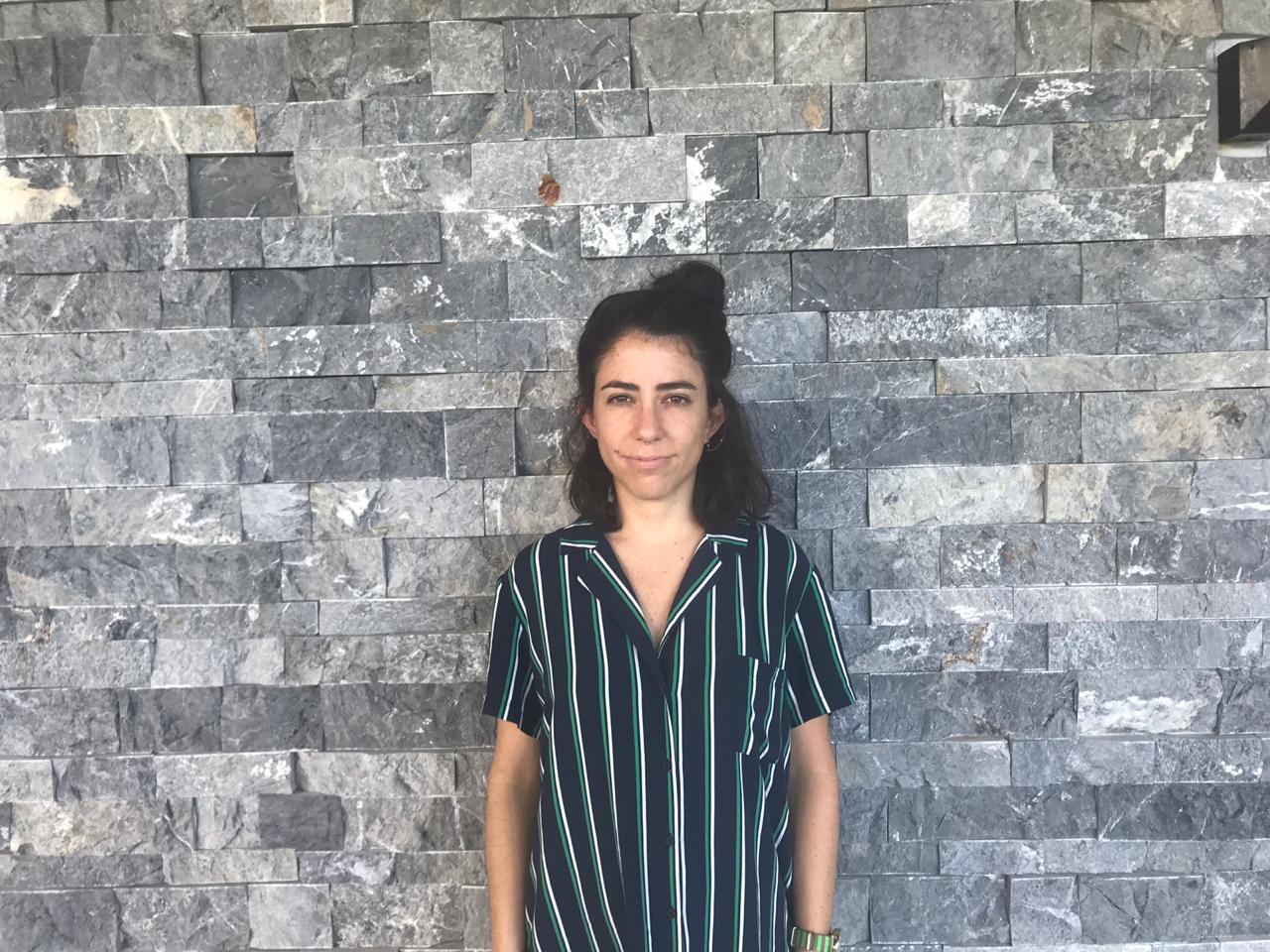 I have a background in research of the physiological basis of learning processes in malnourished populations. I decided to study a Masters degree in Philosophy of Cognitive Science because I believe that in order to perform the kind of science that will allow us to understand how the human brain works we need to be able to deal with it’s complexity and in order to do this, it is necessary to have a very robust and coherent theoretical basis.While visiting OIST I joined nRiM unit to assist in the research of the endocannabinoid system and the effects of its modulation on behavior and physiology with Dr. Bogna Ignatowska-Jankowska. I had the opportunity to develop new laboratory skills, practice experimental design and data analysis while learning about the endocannabinoid system and its therapeutic utility. The environment at OIST, and in particular in the nRIM unit is very inspiring and excellent for developing skills and learning in a holistic and interdisciplinary way. 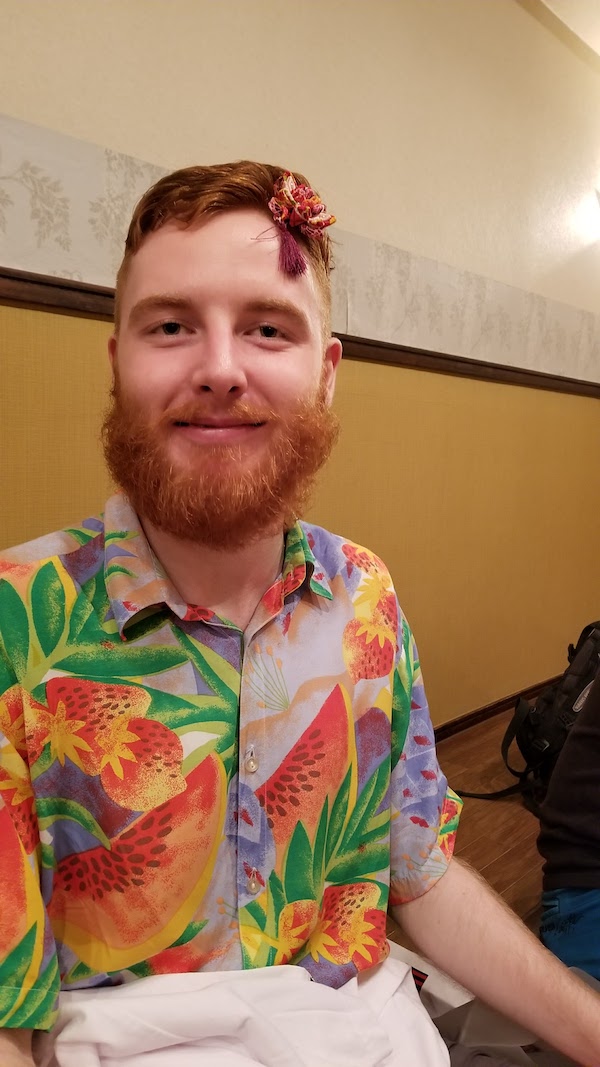 Mr. Darren Clarke is currently undertaking his PhD at the University of Western Australia, examining the response of astrocytes to repetitive transcranial magnetic stimulation, a form of brain stimulation. Darren visited the NRIM laboratory from October to December 2017 to explore the response of astrocytes to stimulation using in vitro electrophysiological techniques. Darren enjoyed the opportunity to work in Japan under Dr. Uusisaari and Dr. Tang and further develop his patch-clamp skills. Darren loved the culture and society of Okinawa, and experienced scuba diving and the tug of war festival, among other activities, during his time at OIST. He enjoys watching thriller movies and television shows, drinking craft beers, running, gaming, and telling jokes. His personality is as vibrant and colourful as the shirts and socks he wears. 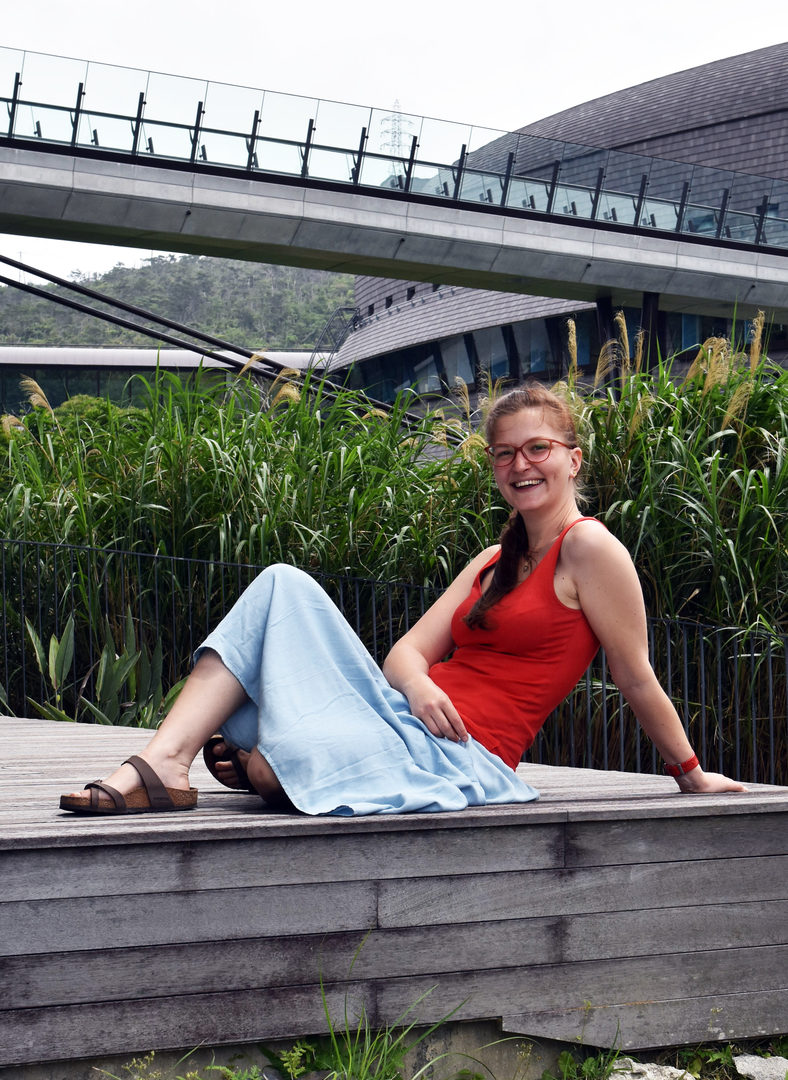 I first joined an experimental neuroscience laboratory some three years ago, knowing nothing of the kinds of skills and techniques that – at least to my non-scientist friends and family – sound like science fiction, but have in the mean time become my day-to-day work. Keeping slices of (mouse) brains alive while measuring what goes on inside a neuron (a.k.a. ‘making zombie brains’); injecting viruses to brains to label specific neurons (a.k.a ‘doing brain surgery – but no, grandma, I’m NOT a doctor’) and then using laser-powered microscopy to see what’s in there (a.k.a. ‘time to get a pretty picture’). Dr Uusisaari's invite to come help set up her lab at OIST is a perfect reflection of being able to trust her student(s) to do what’s needed without her direct supervision.

Being left unsupervised might sound like a nightmare to some neuroscience students, but in the case of the nRIM team it’s the most wonderful way to work. Dr. Uusisaari herself is superior only in the amount of time she has to spend at her desk while the rest of the team gets to do experiments, and although all of the lab members may have different motivations for doing what they do, there’s a strong spirit of being all in it together and helping each other out when possible. Personally, I’ve been caught up in the question of how our brains are able to organize events in time – and I’m sure it won’t be such a long time before I get to visit OIST again to learn new experimenting-skills and hopefully get a bit closer to understanding that. 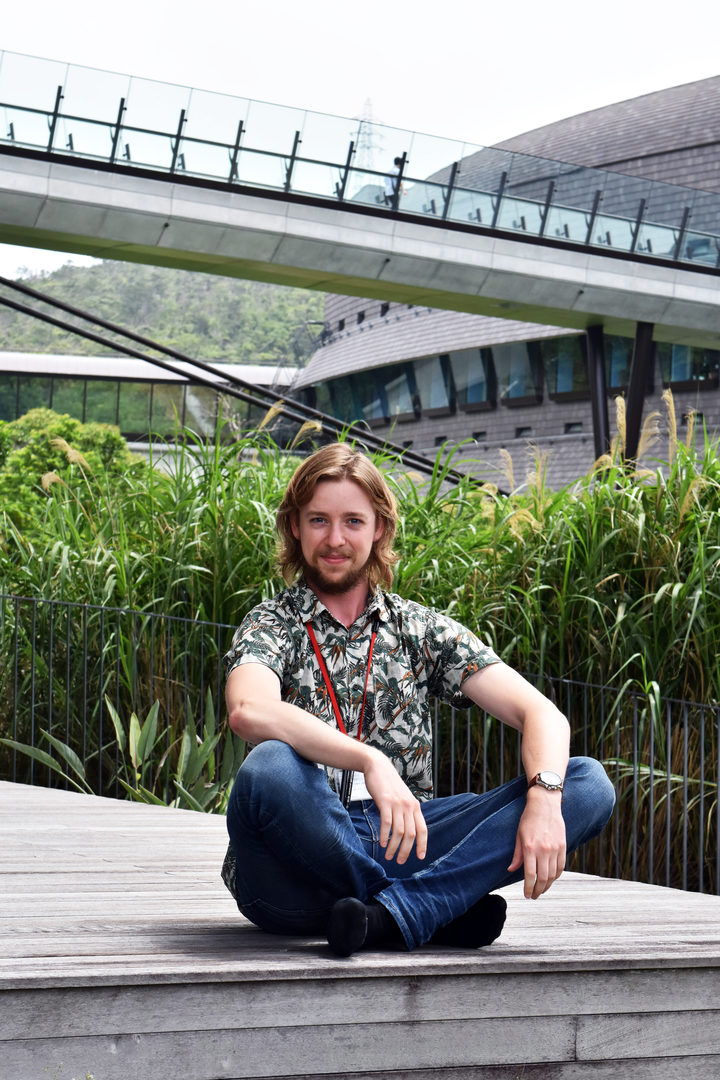 I consider myself quite lucky that when I found myself in between jobs in Holland when professor Uusisaari invited me to help set up her lab at the OIST. The period that I could help would last a bit shorter than two months so it was never boring. The first weeks I helped setting up laboratory equipment but after we got the surgery room running I spent most time passing on surgical techniques and comparing notes to my very capable colleagues, that last part is my forte. All in all, I saw a very healthy curiosity and an eagerness for collaboration between groups that led to a very friendly work environment. That’s why I believe that a lot of good is going to come from the Neuronal Rhythms in Movement Unit. Good luck guys!

On a side note, the hospitality of the people of Okinawa was heartwarming and to have witnessed such a wonderful culture really added to my tropical adventure.