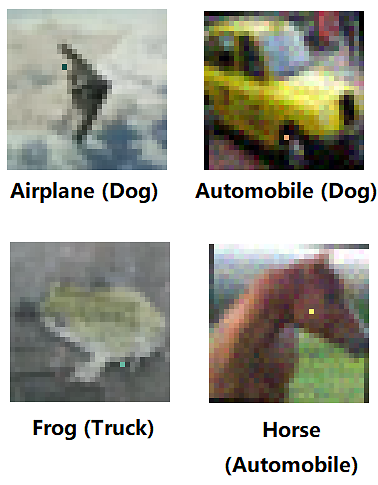 Danilo Vasconcellos Vargas is currently an Assistant Professor at the Faculty of Information Science and Electrical Engineering, Kyushu University, Japan. His research interests span Artificial Intelligence (AI), evolutionary computation, complex adaptive systems, interdisciplinary studies involving or using an AI’s perspective and AI applications.
He is an inventor of (1) Spectrum-Diverse Neuroevolution Architecture (SUNA), the first neuroevolution to use a unified neural model which automatically adapts its structure as well as neurons to the problem, (2) Self-Organizing and Novelty-Organizing Classifiers which is a new paradigm in reinforcement learning as well as the first type of algorithm that can adapt on the fly when a given problem changes (e.g., maze changes in shape), (3) General Subpopulation Framework and its state of the art multi-objective algorithm which solve the hardest bechmark to date surpassing all other algorithms together with a new theory called optimization forces and (4) One-Pixel Attack which revealed that all current Deep Neural Networks can be fooled by changing only one pixel of the image. Most of these works were published in prestigious journals such as Evolutionary Computation (MIT Press), IEEE Transactions on Evolutionary Computation and  and IEEE Transactions of Neural Networks and Learning Systems. He received awards and scholarships such as the German “Baden-Württemberg Scholarship” to study in Germany, the Japanese “Monbukagakusho Scholarship (MEXT)” to study in Japan for more than five years, among others.
Danilo has currently ongoing research projects funded by Japanese organizations and companies focusing on (a) the evaluation as well as development of robust artificial intelligence algorithms, (b) the development and application of state-of-the-art machine learning algorithms and (c) study the implications of adversarial samples to the legislation of AI, among others. Regarding his community activities, he was the presenter of a tutorial about evolutionary reinforcement learning and co-presenter of another one about LCS at the renowned GECCO conference. He was also co-organizer of the 2017 and 2018 International Workshop on LCS algorithms.

Deep learning has opened up many possibilities for artificial intelligence (AI) and enabled many previously impossible applications to succeed.
It has paved the way for what is now considered the third AI generation (or wave). However, it is not without its faults. Despite the supra-human accuracy, it has been shown that deep neural networks misclassify inputs only slightly different which is imperceptible for human beings. In fact, even the change of only one pixel is enough for fooling deep neural networks.
In this talk, I will review recent attacks and defenses as well as point out the social consequences of adversarial machine learning. Moreover, I will describe recent advances in developing robust artificial intelligence systems as well as auxiliary tools such as robustness evaluation systems. Instead of making predictions, I will end with an open horizon of many possible AI technologies which might tackle the problem, for it is an uncertain time for AI - a turning point.