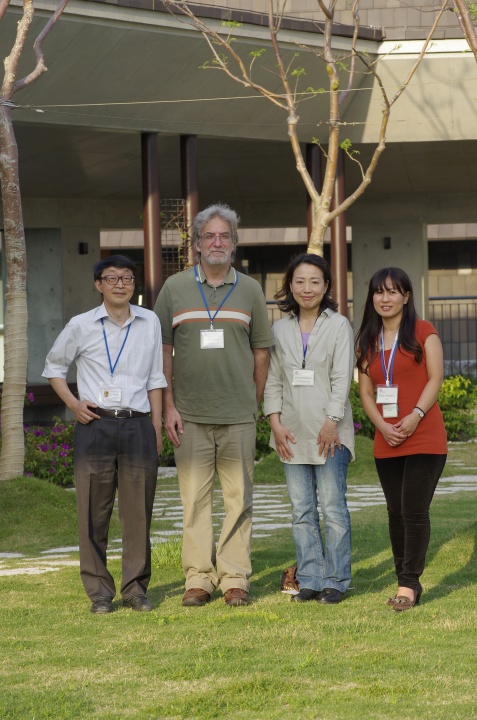 The Mathematical and Theoretical Physics Unit is studying a statistical field theory. In this year, random matrix theory (RMT) was investigated, for the universal behavior near the edge of the spectrum in the external source. The dynamical correlation function of the eigenvalues of the random matrix was studied near the edge spectrum through the duality theorem and from the topological invariants. The applications to the two dimensional conformal field theory (CFT) and the supersymmetric theories are pursued.

The universal behavior near the edge spectrum in a random matrix theory is described by the determinant of Airy kernel for the n-point correlation function. The time dependent behavior of a random matrix model is reduced to two-matrix model, and in the scaling region near the edge, the model is reduced to Airy matrix model with a logarithmic potential.
The Airy matrix model is a generating function for the intersection numbers of the moduli space in the Riemann surface with marked points. In the case of the presence of the logarithmic potential term, the modifications of the intersection numbers and the topological invariants are obtained and the deviation from KdV equation was obtained.