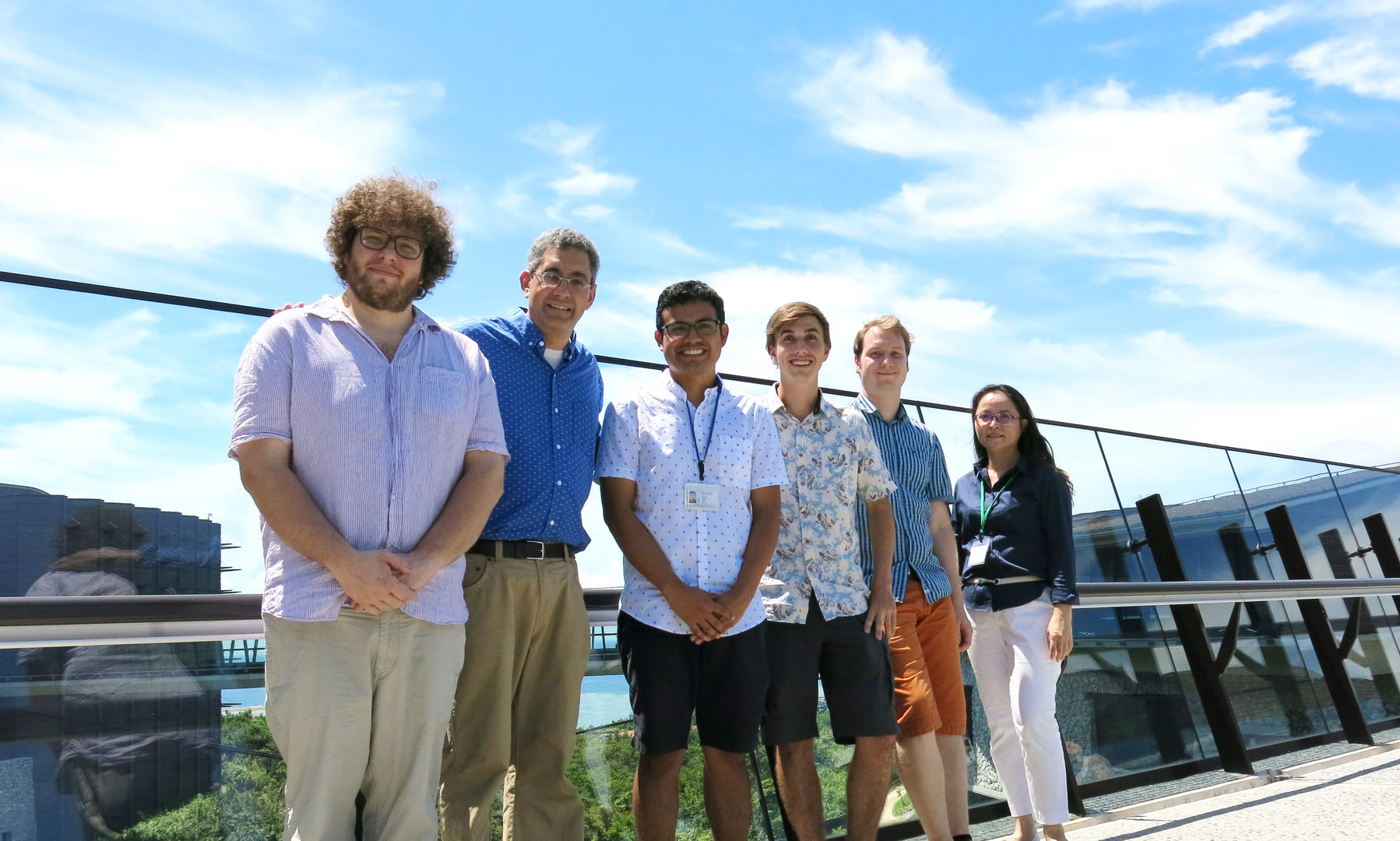 Theme:The genome of the octopus and cephalopod novelty

Our Unit is generally interested in the genetic underpinnings of the origin and diversification of animals.  We use genomics and experimental methods to infer and analyze evolutionary changes throughout metazoa.  In 2015 we completed and published two major genomic analyses.  The genome of the octopus illuminated features that distinguish these intelligent invertebrates from other mollusks, and the analysis of two hemichordate genomes shed light on deuterostome evolution and the origin of vertebrate characters.   New projects initiated this year include a combined genomic, morphological, and embryological study of the diversity of “bobtail” squid native to the Ryukyu Archipelago, and progress towards sequencing the genome of the hagfish, a jawless vertebrate.  We continue to contribute to diverse genome analysis projects across metazoans.

In 2015, in order to investigate the molecular bases of cephalopod brain and body innovations, we reported the genome sequence and multiple transcriptomes of the California two-spot octopus, Octopus bimaculoides. Octopus are active, resourceful predators with a rich behavioral repertoire. They have the largest nervous systems among the invertebrates and present other striking morphological innovations including camera-like eyes, prehensile arms, a highly derived early embryogenesis and a remarkably sophisticated adaptive coloration system.

Surprisingly, we found that the core developmental and neuronal gene repertoire of the octopus is broadly similar to that found across invertebrate bilaterians, except for massive expansions in two gene families previously thought to be uniquely enlarged in vertebrates: the protocadherins, which regulate neuronal development, and the C2H2 superfamily of zinc-finger transcription factors. Extensive messenger RNA editing generates transcript and protein diversity in genes involved in neural excitability, as previously described, as well as in genes participating in a broad range of other cellular functions.  We found no evidence for hypothesized whole-genome duplications in the octopus lineage.

We also identified hundreds of cephalopod-specific genes, many of which showed elevated expression levels in such specialized structures as the skin, the suckers and the nervous system. Finally, we found evidence for large-scale genomic rearrangements that are closely associated with transposable element expansions. Our analysis suggests that substantial expansion of a handful of gene families, along with extensive remodeling of genome linkage and repetitive content, played a critical role in the evolution of cephalopod morphological innovations, including their large and complex nervous systems.

Acorn worms, also known as enteropneust (literally, 'gut-breathing') hemichordates, are marine invertebrates that share features with echinoderms and chordates. Together, these three phyla comprise the deuterostomes. In 2015 we published the draft genome sequences of two acorn worms, Saccoglossus kowalevskii and Ptychodera flava. By comparing them with diverse bilaterian genomes, we identify shared traits that were probably inherited from the last common deuterostome ancestor, and then explore evolutionary trajectories leading from this ancestor to hemichordates, echinoderms and chordates.

The hemichordate genomes exhibit extensive conserved synteny with amphioxus and other bilaterians, and deeply conserved non-coding sequences that are candidates for conserved gene-regulatory elements. Notably, hemichordates possess a deuterostome-specific genomic cluster of four ordered transcription factor genes, the expression of which is associated with the development of pharyngeal 'gill' slits, the foremost morphological innovation of early deuterostomes, and is probably central to their filter-feeding lifestyle. Comparative analysis reveals numerous deuterostome-specific gene novelties, including genes found in deuterostomes and marine microbes, but not other animals. The putative functions of these genes can be linked to physiological, metabolic and developmental specializations of the filter-feeding ancestor.

Bobtail, or sepiolid, squid are found in the shallow coastal waters of the Indo-Pacific.  The light organs of these small relatives of cuttlefish have been increasingly studied as models for metazoan-prokaryote symbioses, especially the Hawaillan bobtail squid E. scolopes.  We have been characterizing the bobtail squid of the Ryukyu archipelago to explore their morphological, developmental, behavioral and genomic diversity.   There appear to be three species of sepiolid squid unique to the Ryukyu islands, from several genera, based on genomic and morphological differences.  We have begun to characterize the genetic variation within and among these species, using genome and transcriptome sequencing, and to culture these animals with the aim of developing them as a model system for cephalopod behavior and development.  In collaboration with US researchers we are sequencing the genome of E. scolopes to serve as a reference for the bobtail squids.

3.4 Genome of the hagfish and early evolution of vertebrate genomes

Hagfish and lampreys are jawless vertebrates whose lineage diverged from jawed vertebrates over 500 million years ago.  With collaborators in the US and Japan we are sequencing the genome of the hagfish Paramyxine atami using a combination of sequencing technologies to determine the hagfish genome, which is large (> 4 Gb) and polymorphic.  The aim of this project is to understand the phylogenetic relationship between hagfish, lamprey, and jawed vertebrates; to use comparative methods to determine the number and order of genomic and segmental duplications early in the vertebrate radiation; and to begin to correlate genomic changes with morphological evolution.

Our unit is also sequencing and analyzing a range of other animal genomes.  We continue to work on improving the quality of the amphioxus, Lottia, and Ciona genomes at both short-range (contiguity) and long-range (chromosomal organization).  With collaborators in Japan and Okinawa we are analyzing the genomes of several chaetognaths, an ancient protostome phylum that shares many deuterostomous features, and may provide a unique perspective on early bilaterian diversification.  We are also actively annotating and analyzing several cephalopod genomes in collaboration with international teams, including the Atlantic long fin inshore squid Doryteuthis (Loligo) pealeii, the squid of “squid giant axon” fame, and its relatives from the Pacific ocean, including the Japanese Heterololigo bleekeri.  Finally, we are completing a long-running collaboration to sequence and analyze the genome of the allotetraploid frog Xenopus laevis, a major model organism for developmental and cell biology.  Of particular interest to the OIST team is the evolution of transposable elements during reticulate evolution.

Figure 2: A consensus cladogram of deuterostome groups based on recent phylogenomic data sets. There are three major phyla of extant deuterostomes, which are grouped into two diverse clades: the ambulacrarian phyla (green), consisting of hemichordates and echinoderms, and chordates (blue), consisting of the cephalochordate, tunicate and vertebrate lineages. Recent analyses have proposed either a grouping of xenoturbellid and acoelomorph flatworms as sister group to ambulacrarians, or at the base of the bilaterians (dashed lines).  From Lowe et al. (2015) "The deuterostome context of chordate origins" Nature 520, 456–465