Seminar "Theoretical Modeling of Heavy-Metal-Organic Frameworks and approximate Methodologies in the Simulation of their Core-Level Spectroscopies” by Georg Michelitsch, 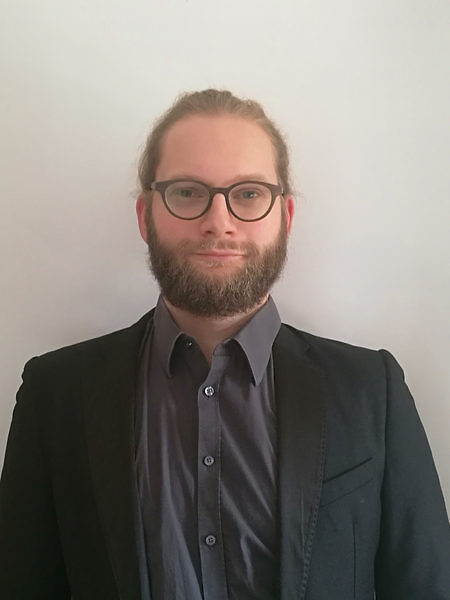 Title: Theoretical Modeling of Heavy-Metal-Organic Frameworks and approximate
Methodologies in the Simulation of their Core-Level Spectroscopies

Single, heavy-metal atoms are an appealing ultimate unit in the quest for an ever more
miniaturized information storage. To this end, current research in the field focuses on their
immobilization on an underlying support and subsequent characterization. A reliable
interpretation of the experimentally observed signatures of such newly designed materials,
such as core-level spectroscopies or scanning-tunnenling microscopic (STM) images,
requires the support by computational modeling. Spectroscopies based on core-hole
excitations, such as X-ray photoelectron spectroscopy (XPS) and Near-Edge X-ray
Absorption Fine-Structure (NEXAFS), are nowadays routinely used. The state-of-the-art
protocols to simulate experimental signatures correspond to multi-parameter fitting
procedures and effective model Hamiltonians. [1,2] While this offers a convenient and
quick interpretation, these protocols are prone to fitting artifacts and cannot
unambiguously resolve spectra with multiple superimposed resonances. Although theory
has made a huge leap forward by introducing quasiparticle formalisms, high computational
cost presently restricts them to small systems. STM measurements yield up to submolecular
resolution images of certain surface adsorbates. Nevertheless, in many cases
neither the actual geometry, nor the reason why one specific molecular arrangement at
the surface is formed preferably over another, are known. There is thus a need of
approximate simulation techniques, accurate enough to allow for an unambiguous and
reliable interpretation of the experimental measurements, and at a tractable computational
cost for realistic system sizes. For extended systems, density-functional-theory (DFT) has
become the method of choice. However, the intricacies of rare earth metals are a
challenge to the established methodologies which were developed and are routinely used
mainly for light elements. To this end, I present a systematic study of surface adsorbate
systems based on approximate DFT-schemes and, correspondingly, a benchmark study
of spectroscopic signatures via core-hole constraining approaches using the all-electron,
full-potential code FHI-aims [3]. I compare the predictive quality at different stages of
approximations and highlight important boundary conditions to a successful simulation
apart from the ubiquitous choice of functional and basis set, such as a proper localization
of the core-hole in computational spectroscopy and correct d- and f- electron description in
the simulation of STM images.
References
[1] A. Uldry, F. Vernay, and B. Delley Phys. Rev. B 2012, 85, 125133
[2] E. Stavitski, F.M. de Groot Micron 2010, 41(7), 687
[3] V. Blum, R. Gehrke, F. Hanke, P.Havu, V. Havu, X. Ren, K. Reuter, M. Scheffler
Comp. Phys. Comm. 2009, 180(11), 2175