[Seminar] Crystallizing Time in a BEC 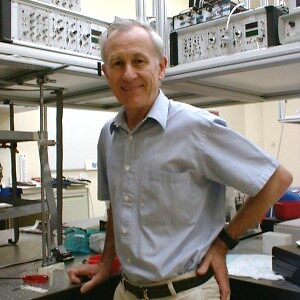 Crystallizing Time in a BEC

In 2012 Frank Wilczek asked the provocative question: can ‘time crystals’ – analogous to space crystals – be created in which a quantum many-body system self-reorganizes in time and starts spontaneously to undergo periodic motion? While this turned out not to be possible, Wilczek’s idea inspired further proposals. In 2015 Krzysztof Sacha in Krakow showed that a periodically driven many-body system can spontaneously break time-translation symmetry and start to evolve with a period longer than the period of the external drive. Experimental evidence of such ‘discrete time crystals’ was soon reported for spin systems by groups in Maryland and Harvard. I will report on an experiment we are constructing in Melbourne to realize a discrete time crystal using a BEC of potassium-39 atoms bouncing resonantly on an oscillating mirror. Such a system allows dramatic breaking of discrete time translation symmetry where the symmetry-broken state can evolve with a period tens of times longer than the driving period. This system provides a versatile platform for investigating a wide range of non-trivial condensed matter phenomena in the time dimension.

Peter Hannaford received his undergraduate training and PhD in Physics from the University of Melbourne. He was a Chief Research Scientist at the Commonwealth Scientific and Industrial Research Organisation (CSIRO) in Melbourne before moving to Swinburne University of Technology in 2001 to become Director of the Centre for Atom Optics and Ultrafast Spectroscopy. He is currently Professor Emeritus at Swinburne University and leader of the Time Crystals project within the Optical Sciences Centre.