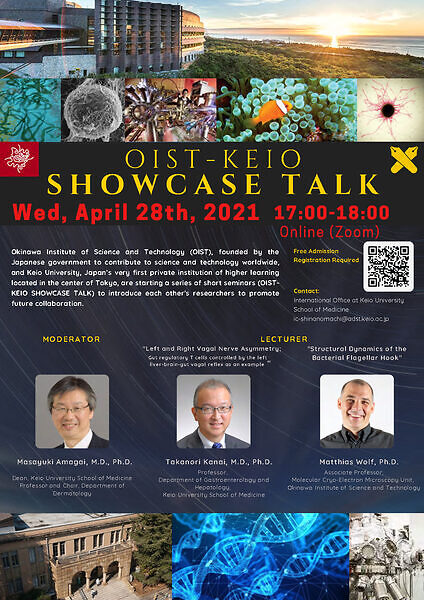 ※Accessible only to OIST members. 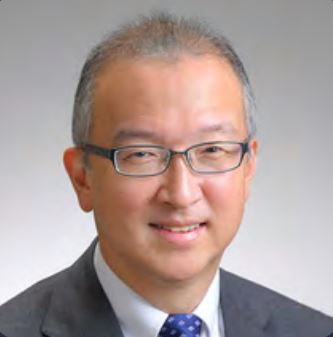 Recent clinical and experimental evidence has evoked the concept of the gut-brain axis to explain mutual interactions between the central nervous system and gut microbiota that are closely associated with the bidirectional effects of inflammatory bowel disease and central nervous system disorders. Despite recent advances in our understanding of neuroimmune interactions, it remains unclear how the gut and brain communicate to maintain gut immune homeostasis, including in the induction and maintenance of peripheral regulatory T cells (pTreg cells), and what environmental cues prompt the host to protect itself from development of inflammatory bowel diseases. Here we report a liver-left vagal afferents-brain-left vagal efferents-gut neural arc that ensures the proper differentiation and maintenance of pTreg cells in the gut. Our results demonstrate that the novel asymmetric left vago-vagal liver-brain-gut reflex arc controls the number of pTreg cells and maintains gut homeostasis. Intervention in this autonomic feedback feedforward system, such as vagal hepatic nerve stimulation (VHNS), could help in the development of therapeutic strategies to treat or prevent immunological disorders of the gut. Further, this left vago-vagal reflex system may be a powerful system to understand asymmetric biology in the body.

Profile:
— Professor Takanori Kanai graduated from the Keio University School of Medicine in 1988. Between 1989 and 2003 he held teaching positions at the Keio University School of Medicine, Keio Cancer Center, and Tokyo Medical and Dental University (TMDU).  During this period, he went abroad to further his research activity at the Beth Israel Medical Center, Harvard University. He has also held distinguished positions including as a committee member of the Harvard Medical Institute Educational Program at Tokyo Medical and Dental University(TMDU); Section Editor of the journal Inflammatory Bowel Diseases; Associate Editor of Journal of Gastroenterology; Editorial Board Member, American Journal of Physiology and Gastrointestinal and Liver Physiology; and Clinical Professor of Medicine (Visiting), TMDU. At the Keio University School of Medicine, he was appointed as an associate professor in 2007 and a professor in 2013, and he has been serving as a vice dean since 2017. 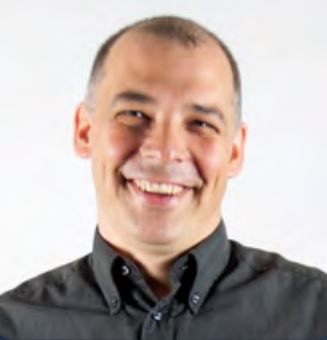 The bacterial hook is a universal joint, which transmits the torque generated by the rotary motor to the filament propeller. Efficient transfer of rotary motion is essential for bacterial locomotion, which is achieved by a flexible joint constructed of a single type of protein, FlgE. For efficient operation, the hook protein must be simultaneously flexible and torsionally rigid. However, the precise molecular mechanism how this can be achieved by identical subunits is unknown. Here we show the first complete structure of the bacterial hook in the bent state determined at a resolution of 2.8 Å by single particle cryo-EM. We found that the macroscopic bending of the hook is caused by small synergistic conformational changes of the FlgE polypeptide chain at two pivot points. Furthermore, hydrogen bonding interactions between the outer domains on adjacent subunits convey torsional stiffness while synchronizing their conformations along protofilaments that traverse the entire superhelical assembly. Our results demonstrate how chemically identical subunits can dynamically change their conformations to interact with each other within a rotating biological assembly for efficient torque transmission. These dynamic transitions consist chiefly of rigid body domain motions bending at two flexible hinges. Our model explains the molecular basis of superhelical assembly and provides a rational basis for understanding allosteric transition between polymorphic states.

Registration is required to attend this event.