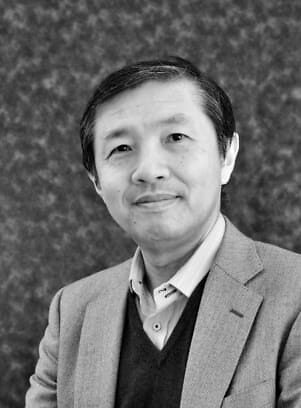 Title: On a singular limit of a single-well Modica-Mortola functional and its applications

It is important to describe the motion of phase boundaries by macroscopic energy in the process of phase transitions. Typical energy describing the phenomena is the van der Waals energy, which is also called a Modica-Mortola functional with a double-well potential or the Allen-Cahn functional. It turns out that it is also important to consider the Modica-Mortola functional with a single-well potential since it is often used in various settings including the Kobayashi-Warren-Carter energy, which is popular in materials science. It is very fundamental to understand the singular limit of such a type of energies as the thickness parameter of a diffuse interface tends to zero. In the case of double-well potentials, such a problem is well-studied and it is formulated, for example, as the Gamma limit under

However, if one considers the Modica-Mortola functional, it turns out that

convergence is too rough even in the one-dimensional problem.

Please click here to register
*After registering, you will receive a confirmation email containing information about joining the meeting.