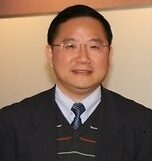 Department of Physics and Institute of Advanced Materials

An enhancement in absorption and stability of organic solar cells (OSCs) with regular and reverse configurations will be discussed. The simulation reveals that OSCs with reverse geometry possess a higher absorption compared to the structurally identical regular configuration OSCs. An opposite interfacial exciton dissociation behavior at the metal (Al)/organic cathode interface in regular and inverted OSCs was observed. It is found that dissociation of excitons at the Al/organic cathode interface in regular geometry OSCs hampers the electron collection. The origin of unfavorable electron collection in conventional OSCs is mainly due to the compensation of drifted photo-generated electrons at the organic/cathode (Al) interface, which can be eliminated, e.g., by inserting a thin ZnO interlayer between the organic layer and Al electrode. It reveals that the removal of the unfavorable interfacial exciton dissociation is a perquisite for an enhancement in overall performance of OSCs.

Furong Zhu is a Professor in the Department of Physics at Hong Kong Baptist University (HKBU). He received his BSc and MSc in Physics from Fudan University, Shanghai China, in 1983 and 1987. He completed his Ph.D in Applied Physics at Charles Darwin University in Australia from 1990-1993. He did his post-doctoral research in the Department of Electrical and Electronic Engineering at Kyoto University in Japan from 1993-1995, and was a Research Fellow with the Department of Physics at Murdoch University in Australia from 1995-1997 working on silicon thin films derived from plasma enhanced chemical vapor deposition (PECVD) for device application. He joined Institute of Materials Research and Engineering (IMRE) in Singapore in 1997. Prior to HKBU, he was a Senior Scientist and a Program Manager leading the organic light-emitting diode (OLED) and organic photovoltaic (OPV) R&D activities at IMRE. He has authored/co-authored over 100 refereed journal publications with citations of >2900, and filed 8 patents in organic electronics. His research interests include device physics, surface science, nanostructures and semiconducting materials-oriented research for application in OLEDs, OPV, thin film transistors and organic sensors. He has been invited to deliver >30 keynote/invited talks at the different international conferences.