[Seminar] On the quantum information of quantum interference 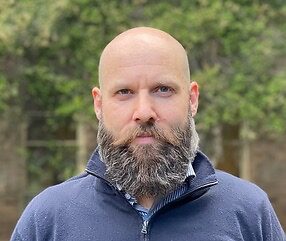 Recent advances in scaling photonics for universal quantum computation spotlight the need for a thorough understanding of practicalities such as distinguishability in multimode quantum interference. Rather than the usual second quantized approach, we can bring quantum information concepts to bear in first quantization. Distinguishability can then be modelled as entanglement between photonic degrees of freedom, where loss of interference is caused by decoherence due to correlations with an environment carried by the particles themselves. This shows that multiparticle, multimode Fock states can have natural Schmidt decompositions, corresponding to what has been called unitary-unitary duality in the representation theory of many-body physics. We present results along two lines:

(i) Generalised Hong-Ou-Mandel interference as unambiguous state discrimination (arXiv:1806.01236, with S. Stanisic); we find optimised interferometers that discriminate between indistinguishable and interesting distinguishable states by projecting onto non-symmetric irreps of the unitary group of interferometers. We give analytic and numerical results for up to nine photons in nine modes.

(ii) Quantum simulation of noisy boson sampling (arXiv:1803.03657, with A. Moylett); we provide quantum circuits that simulate bosonic sampling with arbitrarily distinguishable particles, based on the quantum Schur-Weyl transform. This makes clear how particle distinguishabililty leads to decoherence in the standard quantum circuit model. We show how ideal samples can be postselected, how photon loss can also be modelled, and how standard results in the classical simulation of noisy quantum computations fail to apply to the boson sampling case.

As Director of the Quantum Engineering Centre for Doctoral Training at the University of Bristol, Professor Turner established arguably the world's first program aimed directly at preparing graduates for the nascent quantum technology industry. In addition to delivering novel graduate training, during his directorship he also oversaw engagement with government and industry partners.