Neil has been an educator of young, multilingual learners at international schools in Japan for the past 14 years. For the majority of his career, he has held the role of lead teacher with the exception of 3 years, where he was both the principal and lead teacher of an international school that he helped open. Aside from being an educator, Neil is also a proud husband and father of 2 children. He joined the OIST Child Development Center in 2014, as the lead kindergarten class English teacher, and over the past 7 years, has helped create and strengthen bonds between the CDC and the SAP by being in constant communication and working closely with the SAP leadership. Neil looks forward to playing a larger role in the lives of the children and families of the School-Aged Program and is proud to continue to provide the highest quality after-school childcare and services to the families of the OIST community.

Rei-sensei joined the School-Aged Program in 2020. She studied International Environment and Development in Norway, and has previously worked as a cram school teacher and volunteered at holiday kids camps before. At SAP, she hosts an art club every Monday.

Jenny-Sensei joined the School-Aged Program in 2021. She attended Ewha Womans University in Seoul, Korea where she studied Law. Jenny-Sensei has been living in the OIST community for slightly over 14 years, and even worked at the CDC for a short time as an assistant teacher.  Before Okinawa, she lived in various states in America, including Philadelphia, New York, and Seattle, where she studied and worked in the fashion industry.

Changuna-Sensei joined the School-Aged Program in 2021. She was born and raised in Basavakalyan, Karnataka, India, and has been a part of the OIST community since 2017. Before moving to Okinawa, she worked as a preschool teacher for 3 years. In her free time, Changuna enjoys learning new languages, cooking, playing sports, and exploring Okinawa with her family.

Makiko-Sensei
Makiko-Sensei joined the School-Aged Program in 2022. She was born and raised here in Okinawa. Makiko studied English Communication in the University, where she also took teaching courses and received her junior-high school and high-school teaching licenses. She previously worked as an English teacher at a publich junior high-school, as a teacher at a cram school, and as a tourism concierge for 3 years. In her free time, she enjoys driving around and exploring where she have great food, drinking coffee at cafes, and watching movies at home. 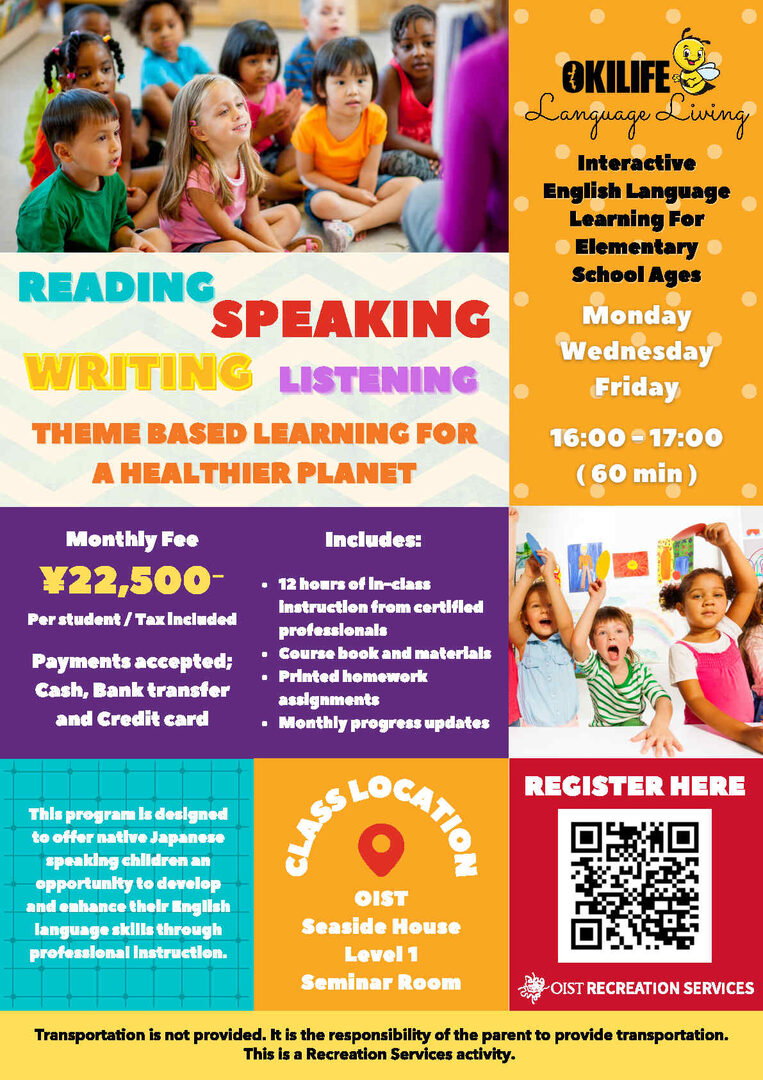