When designing dream vaccines, consider the memory B cell behavior 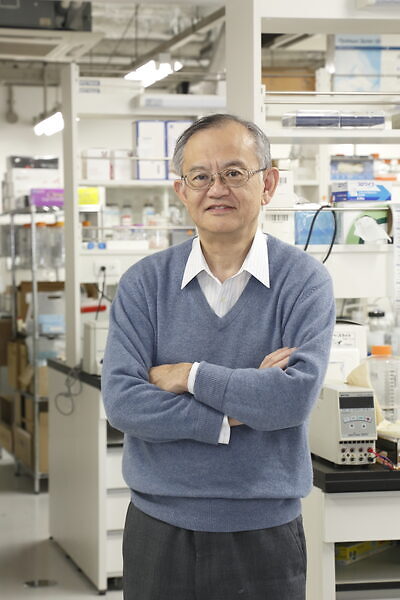 When designing dream vaccines, consider the memory B cell behavior

By using the influenza infection model, we demonstrated that protection from re-infection with an antigenically drifted, but not the same, virus requires the activation of memory B cell which arises from the germinal center (GC) reaction. Then, we addressed how memory B cells are generated during GC reactions. We found that GC B cells with lower affinity BCRs are prone to enter the memory B cell pool. Furthermore, we clarified their key features to make GC B cells enter the memory B pool. Finally, in pre-infected then boost model, we are now identifying the limiting factors for memory B cells to re-enter the GCs and mature, thereby making broadly neutralizing antibodies.

Tomohiro Kurosaki received his M.D. in 1980 from Okayama University Medical School and his Ph.D. in molecular biology and biochemistry from Kyoto University in 1987. Soon he joined Dr. Jeffrey Ravetch’s Laboratory as a first Japanese postdoctoral fellow at the Sloan-Kettering Institute in New York. In 1992, he moved to Lederle Laboratories and worked until 1996 as a senior research scientist, while holding the position of adjunct assistant professor in Yale University in the United States. After returning to Japan, he directed and taught at the Institute for Liver Research at Kansai Medical University. He joined RIKEN in 2001 and has been a group director of his own research group. In 2008, he also joined Osaka University and has been a specially appointed professor in WPI Immunology Frontier Research Center. Since the new research building in Osaka University was completed in summer, 2009, he has been running two laboratories.