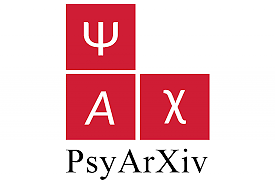 Much of the characteristic symptomatology of schizophrenia can be understood as resulting from a pervasive sense of disembodiment. The body is experienced as an external machine that needs to be controlled with explicit intentional commands, which in turn leads to severe difficulties in interacting with the world in a fluid and intuitive manner. In consequence, there is a characteristic dissociality: Others become problems to be solved by intellectual effort and no longer present opportunities for spontaneous interpersonal alignment. This dissociality goes hand in hand with a progressive loss of the socially extended mind, which normally affords opportunities for co-regulation of cognitive and affective processes. However, at times people with schizophrenia report that they are confronted by the opposite of this dissociality, namely an unusual fluidity of the self-other boundary as expressed in experiences of ambiguous body boundaries, intrusions, and even merging with others. Here the person has not lost access to the socially extended mind but has instead become lost in it, possibly due to a weakened sense of self. We argue that this neglected aspect of schizophrenic social dysfunction can be usefully approached via the concept of genuine intersubjectivity: We normally participate in a shared experience with another person by implicitly co-regulating how our interaction unfolds. This co-regulation integrates our respective experience’s dynamical bases into one interpersonal process and gives the interaction an ambiguous second-person character. The upshot is that reports of abnormal self-other fluidity are not indicative of hallucinations without any basis in reality, but of a heightened sensitivity and vulnerability to processes of interpersonal alignment and mutual incorporation that form the normal basis of social life. We conclude by discussing implications of this view for both the science of consciousness as well as approaches to intervention and therapy.