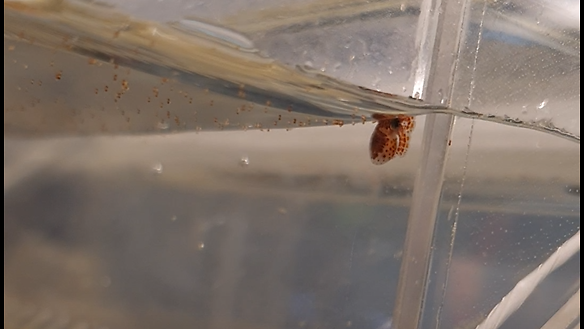 Octopuses, like other cephalopods, are quite difficult to sex due to lack of any external distinguishing characteristics. A trained eye may be able to spot the hectocotylus arm of the males – a specialized reproductive arm used to deliver spermatophores to the females. Additionally, females tend to be larger than males among most species. However, this can be quite ambiguous due to the different ages of the animals.

Therefore, the gender of most of the animals housed at the marine station is unknown. However, as the octopus season comes to an end in Okinawa, something interesting starts occurring among the several octopus species – the females start laying eggs!
The first species to lay eggs was the Octopus incella followed closely by the Octopus laqueus. 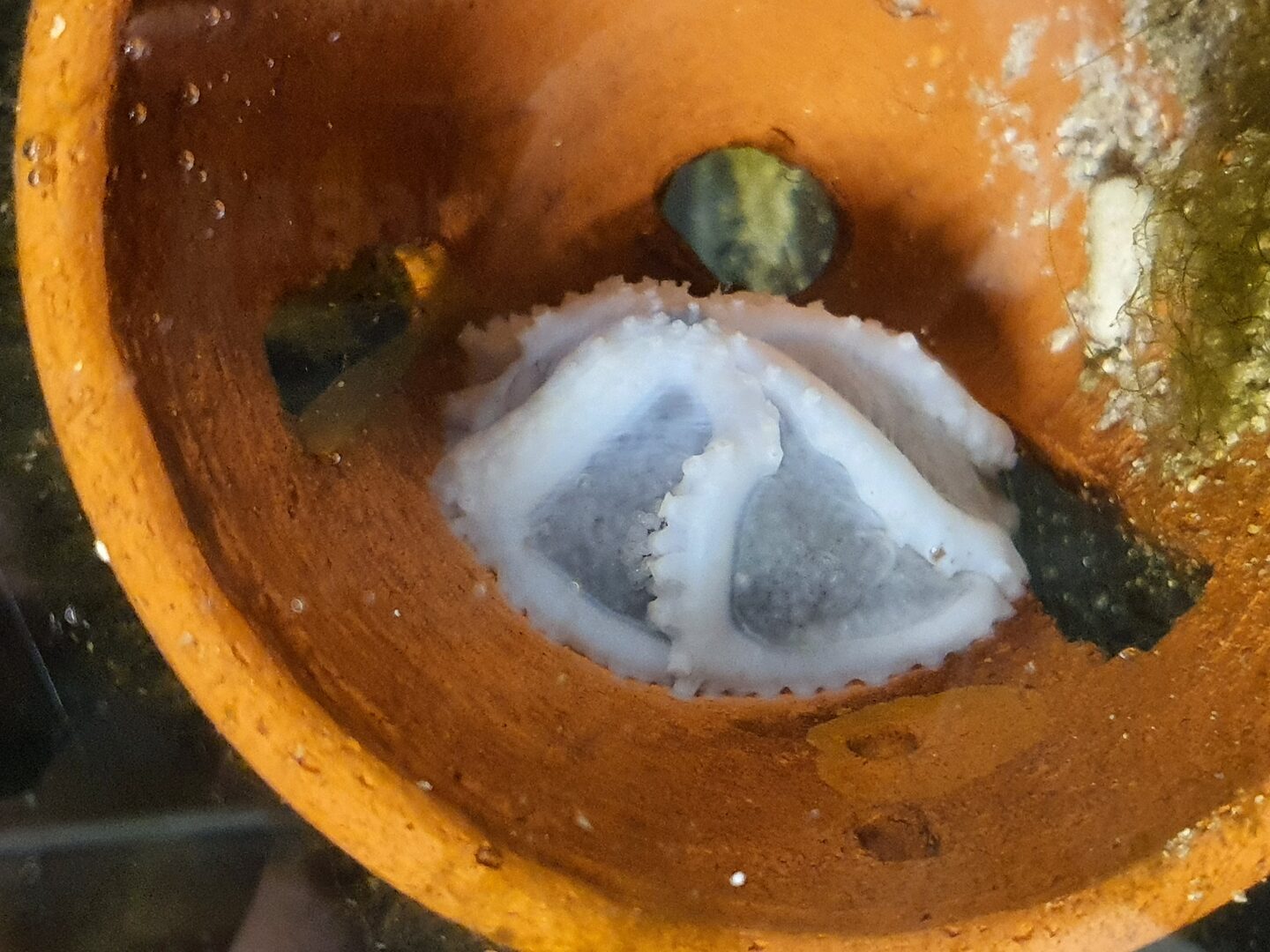 When octopus mothers lay eggs, they gradually stop feeding and start dedicating all their time to aerating and cleaning the egg masses. At some point, their body inverts and the tentacles form an umbrella over the egg mass, protecting them from any external disturbances.

Octopus hatchlings are notoriously difficult to raise, and most hatchlings die within a week of hatching. Size of hatchlings is a major determinant of their likelihood of survival. Surprisingly, the size of the adult animal is inversely related to the size of its hatchlings, with the bigger octopus species producing some of the smallest hatchlings, very few of which survive to adulthood. Although our O.laqueus hatchlings didn’t survive past 1.5 weeks, the hatchlings emerging from O.incella eggs, the smallest species housed at the station, have been doing quite well.

The first set of animals started hatching on the 18th of January, about a month after they were laid. There was some initial die-off right after birth, as is expected in wild populations where the hatchlings aren't able to find sufficient food or are predated upon right away, even by their own siblings as they resort to cannibalism to feed their voracious appetities. Our hathclings were initially fed nauplius larval stage of brine shrimp, and later their diet was supplemented with small mysid shrimps as they grew bigger.

It has now been a month since the first batch of animals hatched, and a large number still remain, looking quite active and healthy. O.incella is an intertidal species and the hatchlings are already displaying their innate behaviour, crawling out of the water and trying to explore every corner of their tanks. 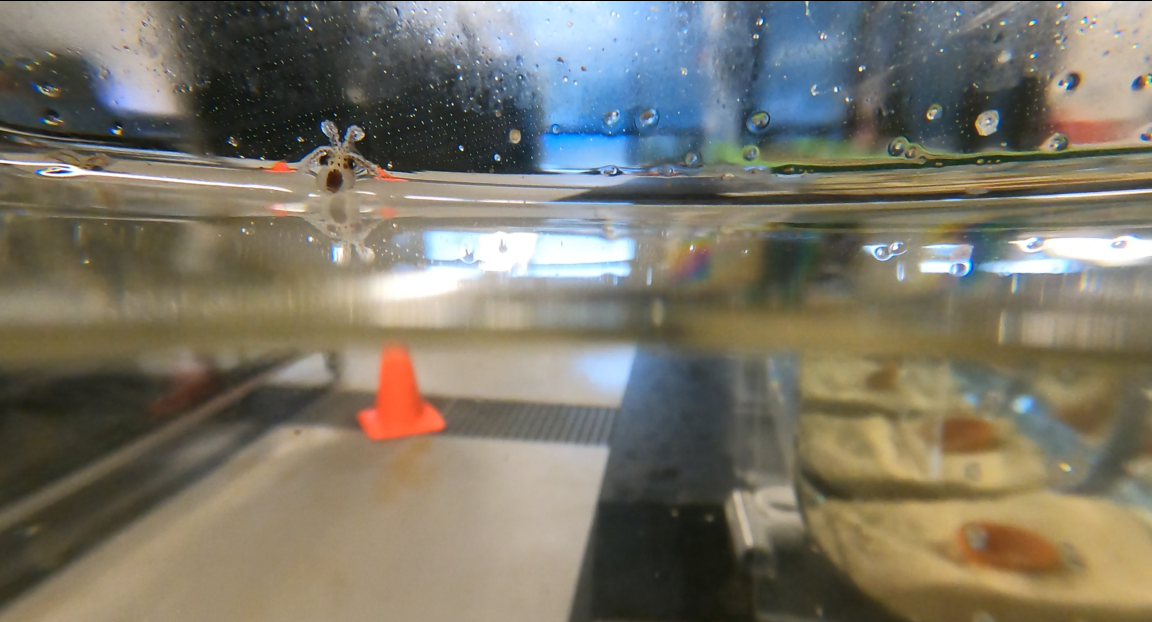 As the animals keep growing, we are now setting up a culture system for crab zoaea which would be an ideal addition to their diets.

A second set of O.incella hathclings have emerged last week, and knowing the conditions that worked previously, we hope to have a higher success rate with this batch. If the lab is able to rear even a few individuals to adulthood, it would be a huge success and would open the doors for long term studies spanning the entire life cycle of the animals.