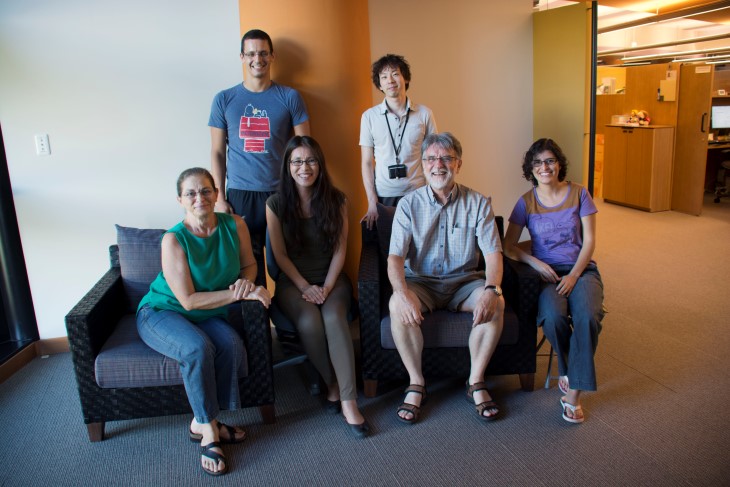 We have exciting new results that are being prepared for publication with early versions having been presented at two international meetings during 2012.  Dr Violeta Lopez Huerta has provided evidence for a synaptic underpinning of the grouping of neurons that fire in association in cortical cultures. Drs Lopez Huerta and Garcia Munoz have obtained pharmacological evidence for the importance of non-synaptic NMDA receptors in corticostriatal systems in vitro.  Morever,  Dr Omar Jáidar has good evidence that both groups of striatal output neurons are closely involved in the effects of dopamine depletion in the striatum and Dr Takuya Hikima also has convincing evidence that silent synapses of cortical axons can be awakened, independent of actions on calcium trafficking, by protein kinase A. After developing a method of growing in cultures dissociated thalamic and striatal neurons in different compartments Dr Marianela Garcia Munoz is now obtaining compelling multielectrode array recordings.

Collaboration with scientists in OIST and abroad has been rewarding as well. In OIST our Unit works closely with several scientists and enjoy fruitful meetings of the minds and interesting research. Experiments performed with Dr Beulah Leitch of the University of Otago, New Zealand, resulted in the publication of a paper in Neuroscience that suggests novel therapeutic strategies for absence epilepsy.
Collaboration with Professor Wing Ho Yung from the School of Biomedical Sciences, Chinese University of Hong Kong resulted in a high profile publication in Neuron providing evidence for the importance of cortical activation in Deep Brain Stimulation, which is used primarily for treatment of parkinsonism in drug refractory patients.
Collaboration with Professor William Staines (University of Ottawa, Canada) and Stephan Theiss (Heinrich Heine University of Dusseldorf, Germany) continued with a visit by Prof. Arbuthnott to Ottawa in early 2012 and the submission of a grant to the Strategic Japanese‐German Cooperative Programme on “Computational Neurosci-ence” with Stephan Theiss that only just missed being funded.

We have worked on murine neurons from cortical, striatal and thalamic areas in culture and brain tissue slices.  The experiments all were concentrated on the substrate on which dopamine acts in brain.

Dr Lopez-Huerta carried forward experiments on the mechanisms of assembly of groups of cortical cells that fire in concert in calcium imaging videos of cortical cultures. Additionally, by simultaneous whole cell patch recordings of neuronal pairs, it was possible to identify differences in the synaptic activity between two groups of neurons: those with a concomitant firing (< 10 ms between the first spike in a bust) and those with a sequential firing (> 10 ms between the first spike in a bust). Pairs of neurons firing concomitantly were distinguished by connections that showed short-term depression of synaptic responses.  Sequential firing was characterized by synapses that displayed short-term facilitation (Fig. 1).  In the literature, short-term facilitation is associated with smaller release probabilities while depressing synapses are associated with higher release probabilities. Low extracellular calcium, i.e., low probabilities of release, resulted in the generation of sequential activity patterns. Conversely, when the extracellular calcium was high, i.e., high probability of release, a drastic reduction in the network dynamics with a dominant state that engaged the activity of most neurons in the network was observed (Fig. 2).
These dramatic results caused quite a stir at the meeting in which they were presented. A manuscript is in the late stages of preparation describing this innovative method of modifying the formation of cell assemblies in these cultures. 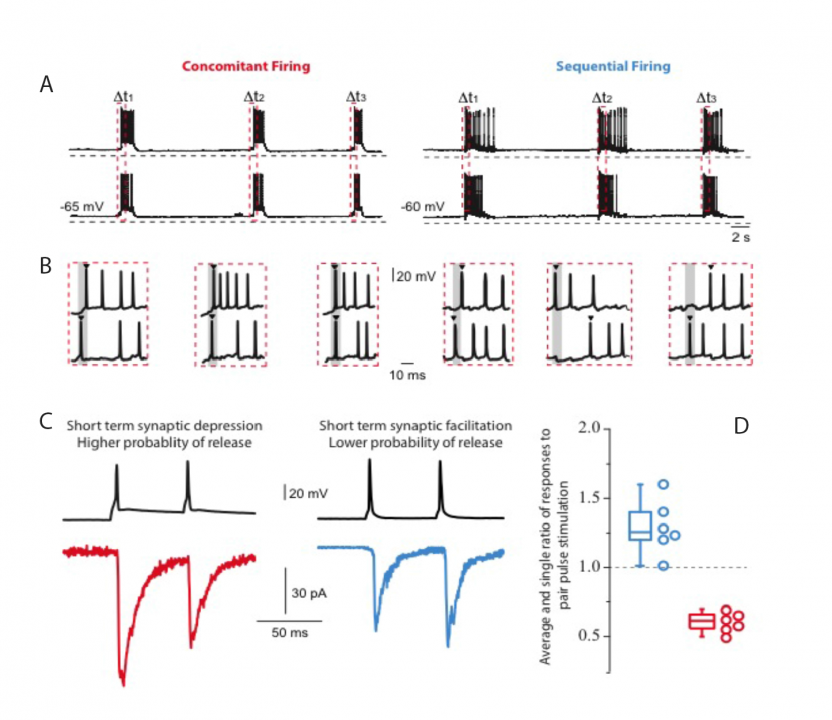 Figure 2: Different network activity of cultured cortical cells is observed under low and high external calcium concentrations.
A multidimensional reduction of vectors (local linear embedding -LLE) applied to the Fluo-4 optical recordings revealed different network activity when external calcium concentrations were modified. Under low extracellular calcium conditions (1 mM), and therefore under a low probability of release, diverse cyclic folds with compositional capabilities and the generation of diverse sequential activity patterns were observed.  Following an increase in external calcium concentration (4 mM) and therefore inducing a high probability of release the network reduced the diversity of cell assembly. The presence of a dominant state (red) engaging most neurons suggests a high level of synchronicity at the onset of bursting activity and a network unable to generate sequential activity patterns.

3.2 Activation of presynaptically silent synapses by protein kinase A (PKA).

We have previously reported a marked increase in the release of synaptic vesicles imaged with SynpHluorin after the action of PKA generated by application of forskolin.  We noticed that the average increase after PKA activation consisted of an increase in release from some synapses plus additional release from silent synapses (i.e., not releasing neurotransmitter) in the control state.  These ‘presynaptically’ silent synapses could be activated by strong stimulation but they were not activated by our usual stimulation with 5 pulses at 20Hz.  In many neurotransmitter systems, a fraction of presynaptic terminals fails to release vesicles in response to action potential stimulation and strong calcium influx.  In a series of experiments Dr. Hikima has confirmed that PKA modulates the number of silent presynaptic terminals. Consistently, the action of forskolin is dependent on PKA and is independent of the extra calcium influx that can follow such a drug treatment.  Further experiments suggest that PKA activation makes vesicles accessible in the releasable pool.  Such an action at cortical synapses may underlie some of the long-term changes in presynaptic efficacy that have been demonstrated in cortical synaptic physiology.

3.3 Extrasynaptic NMDA receptors and the UP states in striatal neurons.

Extrasynaptic neurotransmission represents a subtype of volume transmission, taking place in the extracellular fluid of local circuits. It refers to the release and diffusion of neurotransmitters from the soma, axon or dendrites of neurons or after transmitter leak-out from the synaptic cleft.  Extrasynaptic neurotransmission is important since it can modulate whole neuronal populations and their connectivity. We studied the effects of extrasynaptic glutamate receptors on the NMDA-induced re-awakening of depolarized up-state events in corticostriatal slices and cortical and striatal neurons plated in different compartments (Fig. 3). We hypothesized that extrasynaptic receptors were responsible for the return of the depolarized states in corticostriatal slices following prolonged NMDA receptor stimulation. Adding NMDA to either cultures (300nM) or slices (10µM) of mouse corticostriatal systems resulted in more spontaneous activity that is blocked by memantine, a potent extrasynaptic NMDA receptor blocker. Moreover, memantine caused a time-dependent acceleration of the decay of a typical NMDA current induced by train stimulation (20Hz) (Fig. 4)
One possible way to increase glutamate outside synapses is to hinder the activity of the glutamate transporter in glial cells. The research project of our first OIST graduate student on rotation Ms. Sukurako Watanabe consisted of whole-cell patch recordings of cortical neurons in culture (>15 DIV).  In the presence of the glial glutamate uptake inhibitor dihydroxykainate, she observed a drastic increase in activity (Fig. 5; N=1) that suggests a possible important role of the glutamate transporter in striatal network activity. Obviously more experiments are needed.

Figure 3:Blockade of extrasynaptic NMDA receptors with memantine reduced overall spontaneous activity.
A. Dose response curve for the effects of memantine (0.05, 0.1, 0.25, 0.5, 1 and 10 µM) of cortical and striatal neurons grown in different compartments.  The decrease of NMDA induced activity was more pronounced for the striatal compartment.
B. Dose-response curve to memantine (1, 2, 4, 10µM) applied to striatal neurons recorded in slices (in Mg++ free medium, a holding potential at the chloride reversal potential -70mV and in the presence of DNQX). Insert indicates the general decrease in spontaneous NMDA-induced activity observed in slices after memantine (10µM) administration.

Since Dr. Jáidar joined the Unit he has been using calcium imaging of striatal tissue slices of bacteria artificial chromosome (BAC) transgenic mice expressing enhanced GFP under the control of D1 and D2 receptor promoters. Prior to calcium imaging experiments (9-14 days) a unilateral 6-hydroxydopamine injection (0.5 µl) into substantia nigra compacta was performed to deplete the striatum of dopamine.  To estimate the extent of the dopamine depletion animals were tested for turning following apomorphine (0.1mg/kg, subcutaneous) at least 48 h before recordings. The results show that dopamine depletion resulted in an increase in striatal medium spiny neuronal activity independent of the neuronal receptor type (Fig. 6).  Considering that the methods to detect the neuronal groups with calcium imaging techniques cannot inform the amount of action potentials being produced by the neurons it is not possible to discern subtleties between the firing properties of D1 and D2 receptor-expressing neurons, but it is clear that both groups are involved in the consequences of dopamine depletion. 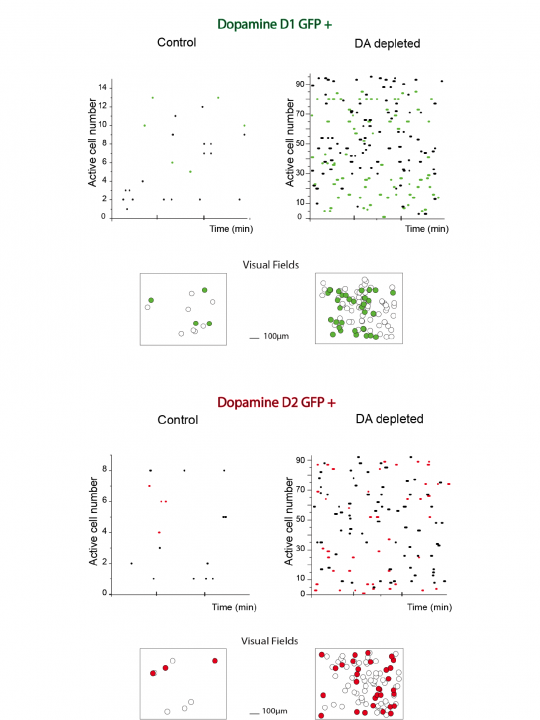 Figure 6: Depletion of dopamine enhances neuronal network activity of both types of medium spiny neurons.
Neuronal activity was evaluated by the records of intracellular calcium signaling (Fluo-4). A single comparison of raster plots of neuronal activity between naïve and dopamine depleted animals is presented for neurons with enhanced GFP expression under the control of D1 (n=20, green, top) and D2 receptor promoter (n=20, red, bottom). Representations of the visual field images are also shown.