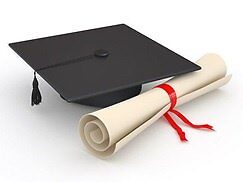 synthetic marine litter, has received a lot of attention, both scientific and societal, due to its high visibility across all marine ecosystems. Smaller plastic particles, though already discovered as early as the 1970s, have only recently gained recognition as a major problem for marine life.

The risk and challenge that the presence of micro- and nano-particles and -fibers poses to the various marine ecosystems are diverse and largely unquantified. This study aims to increase the knowledge about the interactions of these particles with microalgae of two different ecosystems. In addition, an initial assessment of the presence and distribution of micro- and nanoplastics around Okinawa is given.

The first part of this thesis is a field study of the coastal marine waters of Okinawa. No data existed about the micro- and nanoplastic pollution around Okinawa so far. This initial assessment offers, therefore, a first screen shot of abundance, distribution, type, and trace metal contamination of micro- and nano-sized plastic particles in this area. As Okinawa is located far from other big islands or continents, it was investigated if the plastic pollution patterns reflect population and industrial distribution of the island, as most marine plastic pollution comes from land. A risk assessment of the microplastics and associated trace metals was performed using the pollution load index and correlated with the marine pollution patterns around Okinawa.

The second part assesses the physiological effects which nanoplastics can have on micro-algal endosymbionts (the dinoflagellate Breviolum minutum, former Symbiodinium minutum) that are hosted by corals and sea anemones. These endosymbionts start free living and would get into contact with the plastic before they are taken up by their host. In this experiment the dinoflagellate are exposed to nanoplastics in a rolling tank for 10 days under optimal growth conditions. Changes in RNA expression patterns can be related to potential effects of nanoplastic on the symbiont-host dynamic, as certain expression patterns are needed for a successful integration of the symbiont into the host. Differential gene expression analysis can indicate how the symbiont-host dynamic might change in future due to the presence of nanoplastics in the reef ecosystem.

The third part of this thesis investigates the aggregate formation between microfibers or nanoplastics with marine planktonic primary producers (diatomes such as Skeletonema grethae or Odonetella aurita or the cyanobacterium Synechococcus elongatus), in order to understand how the biological carbon pump can be infiltrated by microfibers and nanoplastics in open ocean ecosystems. Phytoplankton (400,000 cells per mL) were exposed to different plastic concentrations ranging from 100 ng/L, 10 µg/L, 1 mg/L to 10 mg/L over a 7-day dark period under constant rotation in a rolling tank. Rolling tank incubations promote aggregate formation and simulate the falling of aggregates through the water column. Incorporation of micro-or nana- plastics into aggregates leads to the transport of these plastics to the seafloor. Effects of the plastic particles on formation and sinking velocities of aggregates were recorded, as well as photosynthesis rates, transparent exopolymeric particles (TEP) production and 3D imaging data.