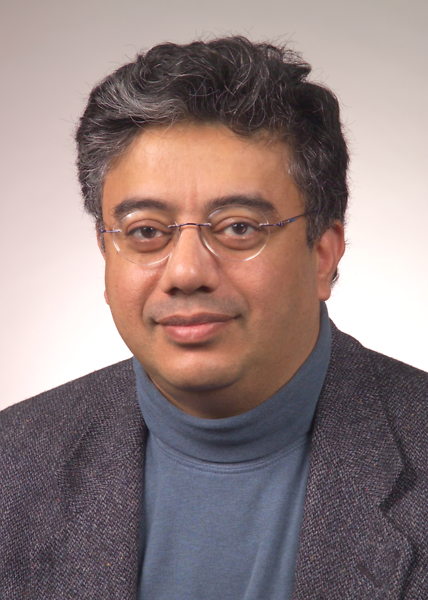 Humans are possibly unique among biological species in our strong predisposition to imagine — to mentally transcend time, place, and circumstance. Cave paintings and sculptures found in Europe from 40,000 years ago show that our ancestors, early homo sapiens, were capable of carving impossible objects. Imagination is found in every mythology in the world, from the Greeks to the Hindus. Imagination is prized in the arts, literature, music, poetry, as well as science and engineering. Recent research shows children from an early age are remarkably effective in their capacity to imagine.

In this talk, we discuss a broad challenge for artificial intelligence: can we build imagination machines? We show that a number of converging lines of research in AI can be seen initial steps to build imagination machines, ranging from recent work on generative adversarial networks (GANs) to cognitive architectures that combine observation, intervention and counterfactual reasoning. We describe some novel approaches to extend current work, including a framework for combining reinforcement learning and imagination, as well as new approaches to unsupervised learning that extend GANs using network economics, and novel non-Euclidean approaches that extend manifold learning.

We introduce a new field of study in AI called imagination science. Data science — a subfield of AI that has seen a dramatic upsurge in popularity — can be viewed as the problem of converting historical experience into probability distributions. Data science is the study of “What is”: like statistics, it studies the summarization of historical data.

Imagination science, in contrast, is the study of “What if”? and “Why?”. Imagination science extends data science to answer a much broader range of questions, ranging from interventions to impossible counterfactual situations. We argue that imagination science will form the basis for producing the successors to today’s Google and other search engines, which are based on data science. The next generation of such systems will be complex simulation engines, representing simplified versions of “The Matrix”, capable of answering “What if?” and “Why?” questions, unlike today’s search engines, which only answer “What is?” questions.

Sridhar Mahadevan is a Visiting Professor in the Department of Computer Science at Stanford University. Previously, in 2017, he directed the SRI Artificial Intelligence Center in Menlo Park. Prior to moving to SRI, he was and is a Professor at the College of Information and Computer Sciences at the University of Massachusetts, Amherst, where he co-directs the Autonomous Learning Laboratory with Andrew Barto and Philip Thomas. Professor Mahadevan was elected a Fellow of AAAI in 2014 for significant contributions to machine learning. His recent AAAI 2018 paper on imagination machines received a Blue Sky Best Paper Award from the Computing Community Consortium.