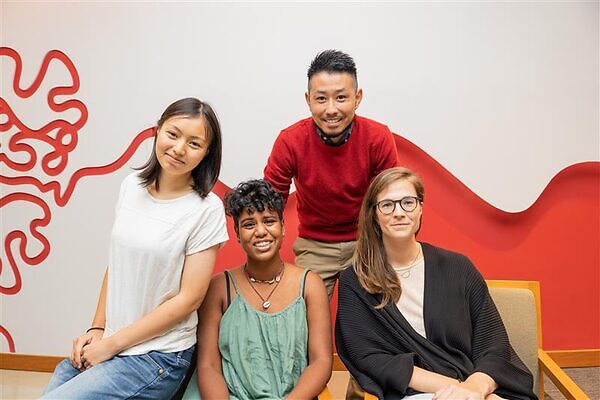 This OIST Café takes its opportunity to commemorate UN International Day of Women and Girls in Science in February and introduce OIST’s effort to encourage and support female scientists, share the stories of OIST female students and scientists as well as the stories of the participants about the struggle or their common concerns to choose STEM field as their career. Panel discussions will be organized so that the participants can interact with the speakers.

As a keynote speaker and one of the panelists, Professor Rita Colwell, Distinguished Professor at Johns Hopkins University Bloomberg School of Public Health and University of Maryland, College Park, will join. She became the first woman to serve as the Director of the United States National Science Foundation from 1998 to 2004. 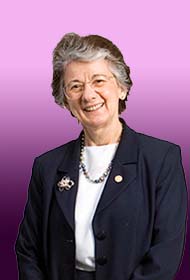 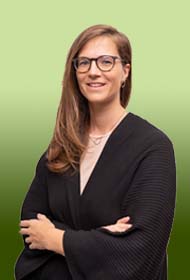 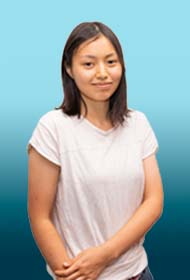 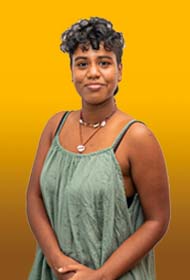 Professor Colwell is an environmental microbiologist from the United States. Born in Beverly, Massachusetts, Professor Colwell holds a B.S. in Bacteriology and an M.S. in Genetics, from Purdue University, and a Ph.D. in Oceanography from the University of Washington. Professor Colwell became the first woman to serve as the Director of the United States National Science Foundation from 1998 to 2004. Currently, she is Distinguished University Professor both at the University of Maryland at College Park and at Johns Hopkins University Bloomberg School of Public Health, as well as serving as a member of Board of Governor at OIST since 2011. In May 2021, Rita R. Colwell Impact Fund was launched at OIST to support women in science.

Angela was born and grew up in Galicia, Spain. She received her M.S. and Ph.D. degrees in Biological and Environmental Sciences from the University of Santiago de Compostela, Spain. During her Ph.D., she studied how some plants can absorb metals from the air and how they can be used as eco-friendly biomonitors of air quality. She got a JSPS Postdoctoral Fellowship and moved to Japan to work on metal resistance in plants at CSRS in RIKEN, Yokohama. Angela is currently a Postdoctoral Researcher at OIST Marine Biophysics Unit. Her research interests are focused on how microorganisms respond to heavy metals as well as other biotic and abiotic stress in marine ecosystems. She is currently leading two exciting projects: i) Genetic response of deep-sea hydrothermal vent Epsilon-proteobacteria to heavy metals. ii) Evaluation of plankton community dynamics and physico-chemical responses due to terrestrial runoff. She is also mother of a one-year-old beautiful girl.

After being born in Fukushima, Japan, Minato moved to Georgia, United States, and later came back to spend most of her school years in Kagawa, Japan. She received her B.S. degree from Tohoku University, where she studied Marine Genetics. Her first visit to OIST was during the OIST Science Challenge, a program annually held by OIST for Bachelor and Master students. She later went on to doing an internship in OIST at the Evolutionary Neurobiology Unit (PI: Assistant Professor Hiroshi Watanabe), and now is doing her Ph.D. research in the same Unit. Her interests lie in nervous system evolution, and her main research focuses on ctenophores, which are jellyfish-like animals with ancient origins. She looks forward to sharing information about the Ph.D. life at OIST.

Lakshmipriya was born in Thanjavur, Tamil Nadu, India. She completed her B.Sc. from the St.Joseph’s College of Arts and Science, Bengaluru in Physics, Chemistry and Mathematics. She then continued to study Theoretical Physics and received her M.Sc. from the Universiteit Van Amsterdam and Vrije Universiteit Amsterdam. She joined the Neuronal Rhythms in Movement unit with joint supervision from the Biological Physics Theory unit from September 2019 and is now studying the organization of motor control of locomotory movements using the mouse as a model organism. Apart from research in OIST, she often spends her evenings singing, practicing martial arts and dance or chasing sunsets in Okinawa in hopes of catching the green flash.

Anyone interested in PhD and Research Internship at OIST