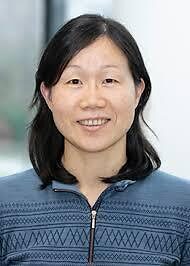 Climate change can trigger poleward shifts in species’ distributions. Hake (Merluccius merluccius) is often seen as a climate winner in the North Sea and the Norwegian waters. New spawning areas have emerged in the northern North Sea, and intensified spawning is occurring along the coast of mid-Norway. This has created new fishing opportunities, but also new management challenges: while hake has been present in the Norwegian coast for a long time, it has been a minimally regulated minor species. The North Sea component is quota-regulated by the EU and UK, with no quota granted to Norway. This raises the question (1) what is the relationship between hake in the North Sea and the Norwegian coast, and (2) how fishers have been responding to the expanding fishing opportunities of hake? Here we use trip-level sales slip data from the Norwegian fisheries 2005– 2020. Spatial correlations of commercial CPUE suggest that the North Sea component is relatively homogenous, whereas the Norwegian coastal hake are very heterogeneous. Correlations across the Norwegian Trench suggest a moderate connectivity between the coast and the North Sea. Finite mixture models suggests that there are three fishing patterns: hake as a target species, hake as a valuable bycatch, and hake as a minor bycatch. Targeted hake fishing occurs primarily in the North Sea and off the coast of mid-Norway. The fleet group that has expanded its hake catching most are the largest vessels (≥21 m). Management has yet to adapt to the new reality of Norwegian hake fishery.

Dr Xiaozi Liu is an environmental and resource economist working at the interface between fisheries biology and fisheries economics using statistical and numerical methods.  She obtained her Ph.D. from the Norwegian School of Economics in 2012, and had experience as a postdoctoral researcher from the Institute of economics, Academia Sinica in Taiwan, University of Vigo in Spain and Norwegian Research Centre (NORCE) in Bergen.  Currently, she works at the Institute of Marine Research in Norway. Alongside her academic career, Liu  worked many years in environmental NGOs such as WWF Beijing, Oxfam America and Greenpeace International in China, Cambodia and the Netherlands. This experience has  helped to broaden her research interests beyond fisheries.