To explore the main theme “AI X ART X AESTHETICS - Will AI have its own aesthetic autonomy? -” we will organize six symposia at OIST. Each symposium is based on a special sub-theme, in which three panelists address their speeches and discuss the sub-theme together. Some exhibitors are included in the panelists.

We often encounter people who believe that beauty is based on human's feelings. But some the others say the God created beauty and humans are just struggling to understand it. We also hear an opinion that both creativity and artistic activity are realized only by humans, and it is impossible by apes and machines. Are these true? According to the scientific findings, human is one of the species that appeared in the long stream of biological evolution. The intelligence and the emotion are also functionalities emerged as a result of this process. The author does never negate the existence of subjective feeling and mind inside of each person, but he thinks it would be possible to talk about beauty, creativity, and the arts sharable among the machines from a viewpoint of Evolutionary Computation and Artificial Life. This talk introduces some thoughts on these issues based on the author's challenges toward Evolutionary Art Theory. 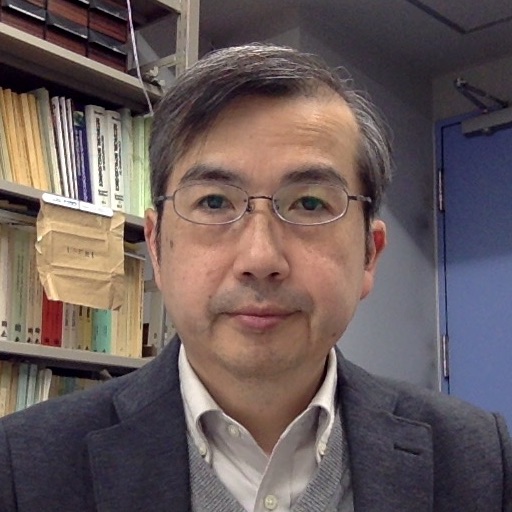 Throughout history, technological breakthroughs have often deeply influenced the world of art. We are currently in the midst of such a technological change: artificial neural networks are beginning to be able to perform well on difficult tasks from image or speech recognition to playing complex games such as Go and these technologies are rapidly becoming part of our daily lives. Likewise artists are experimenting with new ways to create art. After a short introduction to neural networks and how they work I will present some of my experiments over the last two years, including making large scale art with Google’s DeepDream algorithm, currently exhibited at OIST. I will also cover experiments with Generative Adversarial Networks to generate a series of imaginary portraits, which explore the strangeness of the "uncanny valley". Finally I will present a collaboration with Refik Anadol where we invite the viewer to consider alternate histories by generating imaginary items based on the real historical archive. 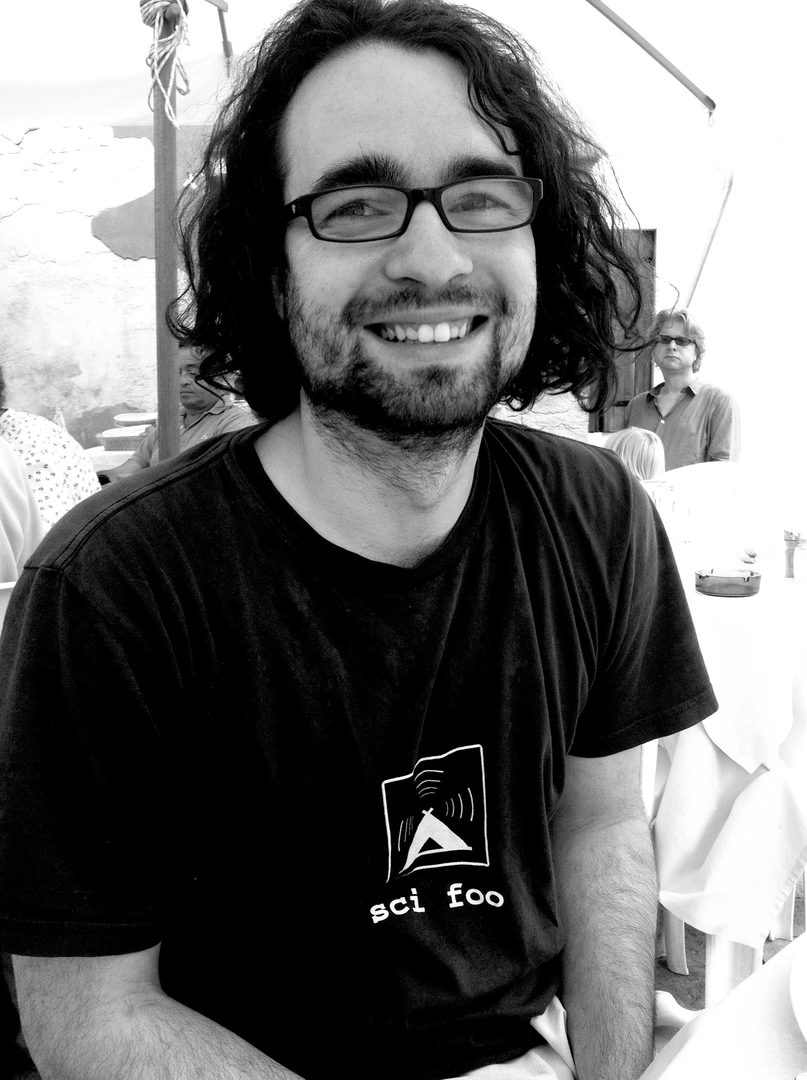 The art is the creation by human and also the presentation of human life. From the view point, I have been painting pictures crossed my mind for sixty long years. Artificial intelligence (A.I.) art becomes an extremely attractive one, if the dynamic function of learning and memory in human brain is embedded in that of A.I. It is now possible to bind between the symbol processing and the pattern dynamics. The situation will develop rapidly through the mutual communication and cooperation of brain science, A.I. and art.

"Neural mechanisms of context and memory for generating 'meanings'"

Neocortex is thought as a classifier of the environmental features and that produces the basis of our semantic processing. On the other hand, more importantly, the semantic processing is drastically modulated by its contexts. To understand neural mechanisms of such context-based processing, the hippocampus is thought as a key brain region that is known to maintain the context and memory for environments, events and their sequences. In this talk, neural representation and computation of the contexts in the hippocampus are discussed and our recent studies associated with language-based contexts, which are essential for understanding of our semantic processing, are introduced.

"Autonomous meaning creation. Can robots create their own language?"

"What is 'meaning' for computers?"

Hitoshi Matsubara (Vice-president and a professor of Department of Complex and Intelligent Systems of Future University Hakodate, Former president of Japanses Society for Artificial Intelligence)

"How we shall reinvent ourselves"

I will discuss technological singularity and post-singularity civilization, especially putting emphases on what we could learn from the history and nature of humanity. The eastern view of the universe, that most prominently exemplified by esoteric buddhists' mandalas, can play a role in developing robust ecosystem involving machines, humanity, and post-humans.

"Living with robots - Coping with the 'Robot/AI Hype'"

Artificial Intelligence or AI has a history of hypes. I will argue that for a number of years, there been and there still is a huge robotic/AI hype and that we are facing a big danger that the bubble will burst if we - engineers, scientists, entrepreneurs - don't manage to deliver on the promises. And we must design and build robots that do have useful sensory-motor functionality that goes beyond merely talking andsmiling. Although robots have been around for more than half a century, the term has acquired an entirely new quality since robots, roughly 25 years ago, started leaving the factory floors moving into our own living space.

"Projection Science" is a completely new methodology for elucidating human cognition, and it is argued that the process of projecting the representation into the outside world is the source of the subjective experience from the stimulation and information of the physical world.

In my talk, we discuss the possibility of a new cognitive mechanism of disembodiment cognition by rethinking the concept of physical cognition so far from the viewpoint of Projection Science.

In particular, we want to consider phenomena that are believed to exist for some reason "Projection Science", even though there is no external object directly related to generation of symbols such as ghosts or gods, or not recognized.

Current AI R&D based on machine learning technology should be seen as intelligent information processing technology. And, as second step, R&D of "general" and "autonomous" AI, which is true AI, is going to begin acceleration. AI system becomes large and complicated, and it will be difficult to understand the whole system 100%. Conventional science and technology has been mainly designed in a top-down manner, but for large-scale complex systems it is necessary to adopt a bottom-up method as well. The top-down method has high affinity with the Western perspective, while the bottom-up method has high affinity with the Oriental perspective. In this presentation, let's think about the influence happen to R&D of AI through Western or Oriental perspective.

"What will adaptive autonomous robots dream of?"

Until just a few years ago, robots and AI agents were to apply rules designed by humans to given inputs. By a happy marriage with deep learning, reinforcement learning can now be applied to real-world problems so that robots and AI agents can acquire their own action policies. Reinforcement learning is a framework for maximizing externally defined “rewards,” which could be running as fast as possible or gaining as much game scores as possible. Can robots and AI agents find and select their rewards by themselves? If they can, what would those rewards be? I will introduce our research trying to answer those questions.

* (IV) Kenji Doya and the Smartphone Robot Development Team "Can Robots Find Their Own Goals?" (20) Level B, Center Bldg.

"Artificial Consciousness and the Android 'Alter'"

When do we feel that we have a mind, or how could we install the mind on the machine? We take two approaches, the experimental and the constructivist, to answer these questions. In the experimental approach, we will draw on a cognitive experiment, called the perceptual crossing experiment, in which the subjects perceive the existence of their partner from tactile interaction in a virtual space. In the constructivist approach, we create an Android named "Alter" and let it interact with people to foster humanity in Alter. The first approach shows that passive touch is essential to perceiving others (Kojima, H. et al. Front. Psych. 2017). The second method demonstrates the advantages of the principle of stimulus avoidance found in model neural network (Doi, I. et al., ECAL 2017). From these experiments, I will discuss the innovative and complex dynamics aspects of man-AI/ALIFE interaction (Takashi Ikegami and Hiroshi Ishiguro, In Between Man and Machine: Where is Mind?, (Kodansha, 2016)).

We have two naive intuitions about consciousness.

While it is possible to analytically discern the differences among consciousness, intelligence and life, I will illustrate the close relationships among the three from the perspective of generative models of the self, and the philosophical stance called biological naturalism. In the same vein, I will argue that general AI as we conceive could possess phenomenal consciousness, and propose a method to test phenomenal consciousness in machines using theories such as integrated information theory.

Slime mold Physarum, an amoeboid organism, moves around on the dark and humid floor of woods, and can trying to avoid predators and exposure to sunlight while coming closer to foods. It may often meet a difficult decision to choose whether to go or not to go. Life is not always easy even in slime mold although the life style of it is totally different from human. It is not easy for us to imagine how properly his behaviors work in wild environments. After all, I like to throw away the stupid opinion that single celled organism is stupid.

"AI Aesthetics and the Machinery"

Alter the robot (Ikegami Lab/Ishiguro Lab) was live-streamed by Watanabe Lab between Tokyo and Seoul. Alter has experimental AI. It uses a self-organising neural network to make sense of its world. Such AI strategies include deep belief networks, through which machines determine certain inputs to be believable.

In our world today, understanding belief systems is important to the inter-harmony and the preservation of culture. Omikuji is a participatory artwork exploring the way machines, and humans, learn to believe things - and how, via robotics both hard and soft, they may embody those beliefs. We want to uncover and express how Alter's learning is mirroring our own.

People may be prompted to ask: How sure are we in our beliefs, or in AI? How soft are they, and how hard?

"A New Kind of Aesthetics, which can be shared with AI"

Is it possible to share aesthetics with others other than human beings? Human natural language has rich poetic expressiveness. However, we cannot get rid of its ambiguity such as polysemy and/or uncertainty. In order for humans to discuss art and aesthetics with others such as AI, it is indispensable to set the foundation for discussion using a common language for both of them. The speakers showed that it is possible to explain the aesthetic and its underlying dynamic relations with an axiomatic structure based on contemporary mathematics. Aesthetics is a kind of function, its consistency and simplicity creates the aesthetic. With the new kind of aesthetics which is not based on humans, the border between humans and machines in art and aesthetics will disappear.