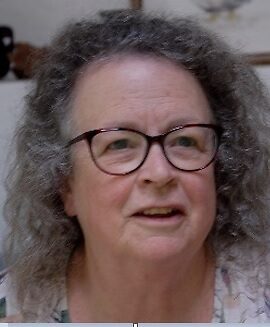 Abstract:
Thanks to their development in Japan, mouse knock-in models for Alzheimer’s disease have become widely available. I will discuss different models and in particular our work based on the slowly developing AppNL-F-/NL-F (NLF) mouse (Saito et al., 2014). Unlike other more aggressive models, this mouse develops plaques late, in a manner resembling the human condition. As old age is the factor common to most sporadic forms of the disease, we concentrate on mice of 18-24 months and study the effects of adding additional risk factors such as the Trem2R47H microglial gene, identified in human GWAS studies. As well as studying synaptic transmission and microglial involvement in these models, we take advantage of recent advances in spatial cell-type-enriched transcriptomics. This reveals a small tightly co-expressed module of genes that only increases in expression in the microglia that are directly in contact with plaques. These genes, dependent on Trem2 genotype, include Trem2 itself, as well as complement factors and genes involved in phagocytosis and lysosomal removal of waste. This is compatible with the hypothesis that fully functional microglia are protective in Alzheimer’s disease with a lipophilic signal on damaged synapses triggering Trem2 and a chain of events to result in their removal preventing further damage to the neurones that are directly affected by plaques (Edwards, 2019).