Seminar "Molecular electronics as a playground for nanoscale thermal transport" 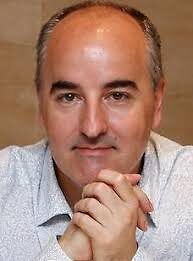 Title: “Molecular electronics as a playground for nanoscale thermal transport”

With the advent of novel fabrication techniques in the 1980s and 1990s, it became possible to explore many physical phenomena at the nanoscale. Since then, a lot of progress has been done in the understanding of the electronic transport, mechanical, and optical properties of nanoscale devices. However, thermal transport in these systems has remained relatively unexplored because of the experimental difficulty to measure the flow of heat and energy at this small scale. In this talk, I will review our theoretical and experimental efforts to establish the fundamental laws that govern nanoscale thermal transport by using atomic and molecular junctions as a playground. In particular, I will discuss basic phenomena such as Joule heating and Peltier cooling in molecular junctions [1,2] and quantized thermal transport in atomic-size contacts [3].