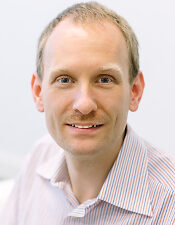 The presentation gives an overview of ab-initio calculations addressing the thermoelectric performance of MXenes. Specific examples include a comparison of Ti2CO2, Zr2CO2, and Hf2CO2 in order to evaluate the role of the metal atom. The lattice thermal conductivity is demonstrated to grow along the series Ti-Zr-Hf in the temperature range 300-700 K, resulting in the highest figure of merit in the case of Ti2CO2. Flat conduction bands promote the thermopower in the case of n-doping. Functionalization effects are studied for Sc2C, which is semiconducting for various functional groups, including O, F, and OH. The lowest lattice thermal conductivity is found for OH functionalization. Despite a relatively low thermopower, Sc2C(OH)2 therefore and due to a high electrical conductivity can be interesting for intermediate-temperature thermoelectric applications.