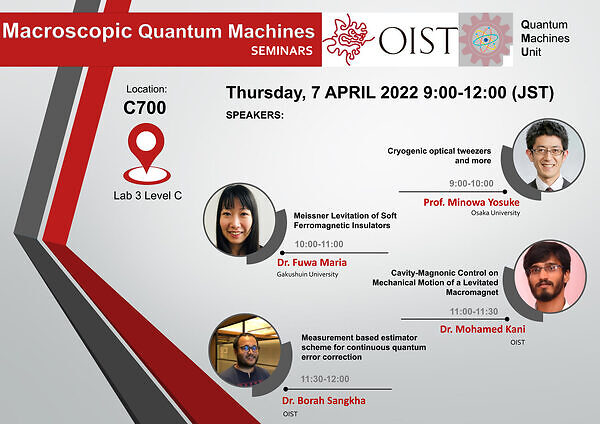 These seminars examine the science of how to bring macroscopic (large) systems into the quantum regime. The preparation of large Schrodinger cats is one of the long sought goals of quantum science. Researchers seek to do this for many reasons – to see if it can be done at all – does quantum mechanics still hold for large objects – is there new science that appears when objects become large/massive? Can macroscopic/large quantum systems be useful as precision sensors – and how can we preserve/protect the large scale quantum properties in such systems. These series of talks (experimental and theoretical), will show some facets/aspects of how some researchers are aiming towards the building of large Quantum Cats.

Coffee and Okinawan Donuts are supplied during the morning! The study of levitated nano/micro systems needs stable levitation/trapping techniques and a detection scheme for observing the levitated motion. In the first part of the talk, I will introduce the optical trapping of nanoparticles in superfluid helium or cryogenic optical tweezers [1]. The basics of the optical tweezers are also covered briefly. In the second part of the talk, I will present an imaging-based detection scheme for levitated nano-objects. We demonstrate the feedback cooling of the levitated charged particle using the imaging-based detection scheme [2]. Magnetic levitation is developing as a promising tool to realize quantum limited accelerometers, gyroscopes, magnetic rotors, as well as create macroscopic quantum states. Here I will introduce the development of stable levitation of a soft ferromagnet insulator Yttrium Iron Garnet (YIG). Since Earnshaw’s theorem necessitates diamagnetism for stable magnetic levitation, we use magnetic field gradient for levitation, and the Meissner effect for horizontal stabilization. While magnetic levitations realized thus far have used hard magnets, soft ferromagnet levitation enables coupling of internal electron spin degrees of freedom (magnons) with external rigid body movement. This hybrid magneto-mechanical system may allow intensive mechanical cooling - that is ground state cooling regardless of the size of the levitated object. This can allow delving into novel physics such as, Einstein de Haas physics to rotational superpositions. 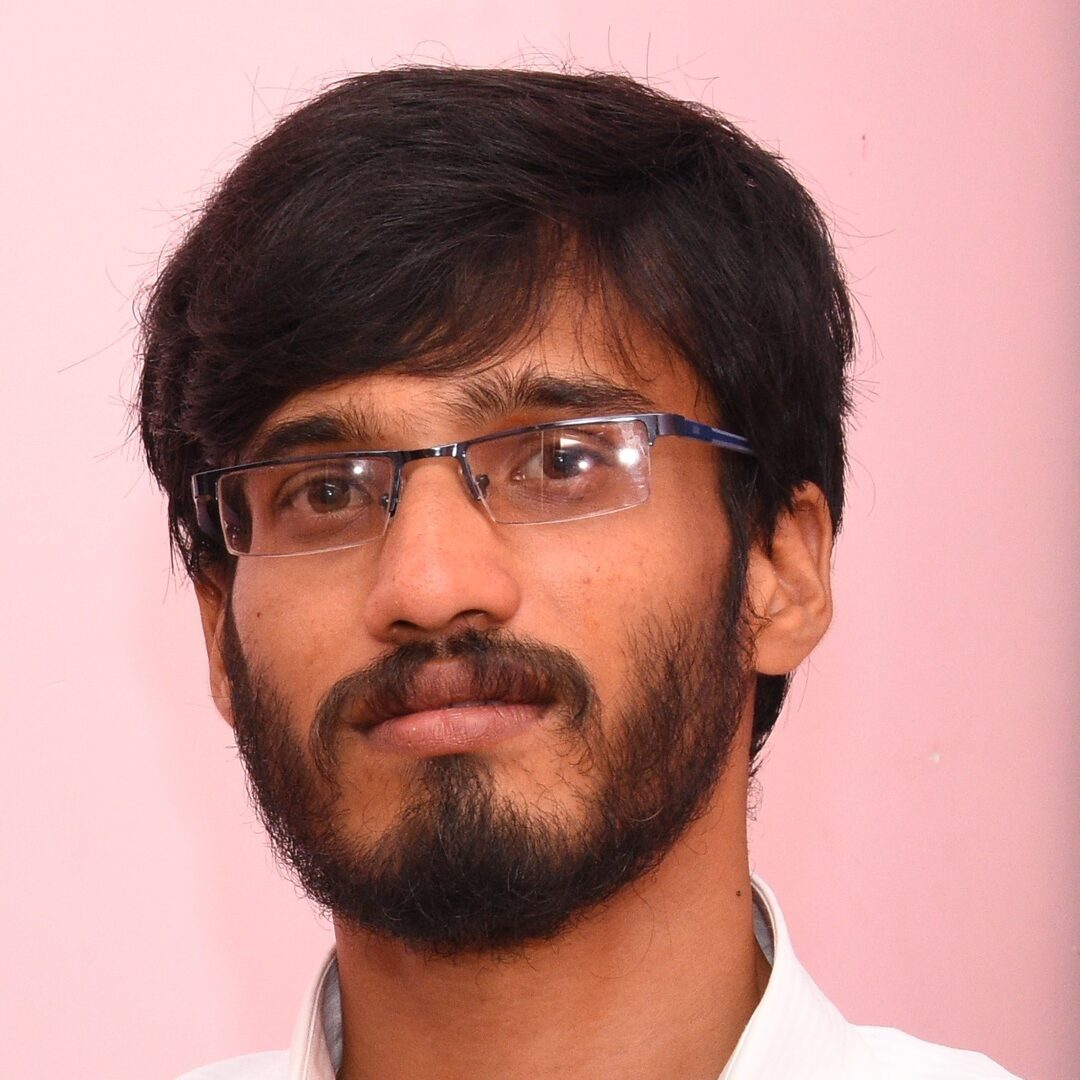 In a magnetically ordered material there exists magnons, the quanta of collective spin precession (spin waves), which can be coupled to manipulate the motional degrees of freedom using microwave field. Here, we consider a setup where a large YIG sphere is trapped in high vacuum in a high Q driven microwave cavity and discuss precise control on the translational and the rotational motion of the levitated sphere. In principle an infinite number of magnon modes naturally exist with discrete eigenfrequencies. Coupling a particular magnon mode to the standing microwave cavity field exerts force or torque on the magnonic crystalline sphere, and we can cool or drive the mechanical motion. We describe microwave cavity-magnomechanical center-of-mass cooling scheme wherein the final cooled phonon occupation is an intensive property independent of the mass and size of the sphere [1]. We also discuss cavity-magnomechanical rotation by coupling the cavity to orbital angular momentum magnon modes in the sphere and set the particle to spin up to angular velocity of ∼ 10 GHz. Quantum error correction (QEC) is necessary for any prospective quantum computation in the near future. Canonical QEC schemes use projective von Neumann measurements on certain parity operators (stabilizers) to discretize the error syndromes into a finite set, and fast unitary gates are applied to recover the corrupted information. We call such QEC schemes discrete quantum error correction codes (DQEC). To date, DQEC has proven very difficult to implement experimentally and so far has been demonstrated with limited success in a few platforms that include ion traps, diamond NV centers, and superconducting circuits. A less explored alternative is the use of weak continuous measurements instead of projective measurements, first proposed theoretically about two decades ago, which has been recently demonstrated experimentally. Such QEC schemes are known as continuous quantum error correction codes (CQEC) and in principle can be executed faster than DQEC. However, CQEC requires meticulous filtering of noisy continuous measurement data to reliably extract error syndromes on the basis of which errors could be detected. In this work, we show that by constructing a real-time measurement-based estimator (MBE) of the real logical qubit to be protected, which is driven by the noisy continuous measurement currents of the stabilizers, it is possible to accurately track the actual errors occurring within the real qubits in real-time. We use this MBE to develop a novel continuous quantum error correction (MBE-CQEC) scheme that can protect the logical qubit to a high degree, and also allows the error correction to be applied either immediately or at a later time.